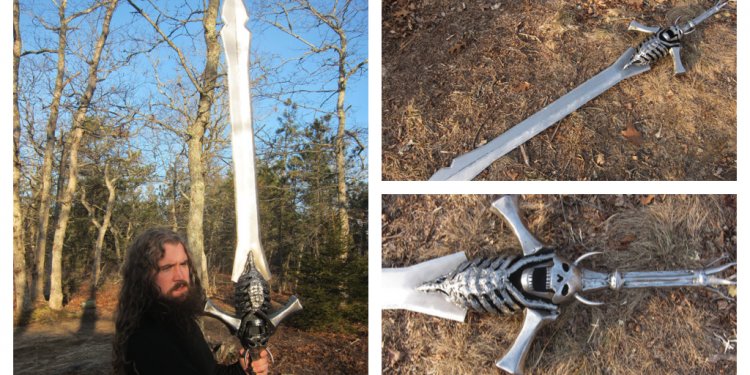 The Damned Pawn is the weakest of the Chessmen, but often appears in great numbers that can allow it to overwhelm its enemy. Like a real pawn piece, it can only move forward one space (two spaces on its first movement), but attacks by swiftly uncrossing its swords to the spaces immediately diagonal to it. If it reaches the other side of the Damned Chess Board, it will be promoted to either a, , , or . Fake Pawns also appear throughout the tower.

The Damned Knight is faster and stronger than the pawn, but still not much of a threat. Like a real knight piece, it can only move in an L-shaped motion. It jumps very high during this movement, and spears the ground when it lands. It can attack during this movement, or by swinging its horn at nearby enemies.

The Damned Bishop is slow, but its magical skill makes it a potent support piece. Like a real bishop piece, it can only move diagonally. It can summon a ring of fire which it focuses into arrows and shoots down its lanes of movement, or it can summon a small vortex of wind that heals it and nearby pieces. However, it is considered more dangerous than the Rook (see below), because the fireballs it shoots will spin around it at first damaging the player if close enough or trying long combos against him. Fake Bishops also appear throughout the tower.

The Damned Rook is also slow, but is very powerful and can summon other pieces. Like a real rook piece, it can only move horizontally or vertically, but it can also switch places with the when it castles. It attacks by opening up its body and firing lasers down its lanes of movement.

The Damned Queen is the most powerful of all the Chessmen, and so she only appears on the Damned Chess Board. Like a real queen piece, she can move in any direction, diagonal or straight, and is very swift in her movements. She attacks while she moves, making her very dangerous, but she lets out a cackle before moving that serves as a warning, and her path is illuminated with violet smoke. She will let out a groan once defeated.