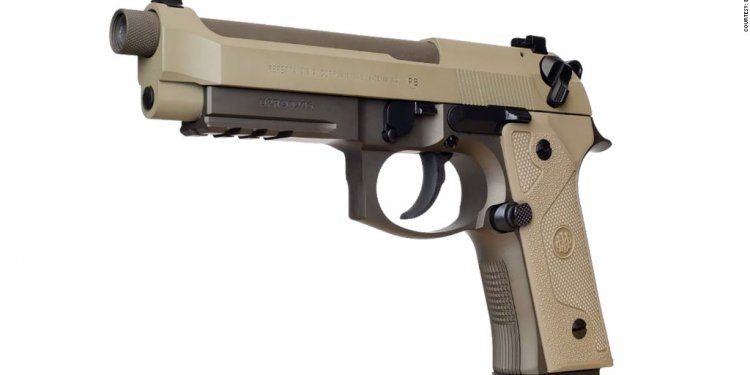 Milley recently asked the Army Special Operations Command’s G-8 office, which oversees fielding of equipment, if there is room for the Army to join its pistol contract to buy Glock 19s, according to a source who asked to remain anonymous because he is not authorized to speak to the media.

The compact Model 19 is one of Glock’s most popular handguns. The striker-fired, 9mm pistol features a four- inch barrel and has a standard capacity of 15 rounds, although 17-round magazines are available. The polymer frame features an accessory rail for mounting lights.

With that price, the Army would pay about $91.8 million if the service were to buy 287, 000 pistols, the quantity requirement outlined in the MHS effort.

TFB has been following MHS since the program was announced, and I think now is a good time to editorialize a little, since Gen. Milley’s comments have broken open the realm of possibilities for the next Army handgun. Given the state of handgun technology, I think there are at least three promising paths for procurement: One is “MHS-Lite”, which would be a shorter, more efficient, cheaper program that would involve a shoot-off between the competitors. This would be moderately costly, but unlikely to produce a bad result. The second would be Gen. Milley’s suggestion, selecting a proven design after perhaps a perfunctory trial, or maybe citing a trial that has already been conducted, and simply procuring it. This would be the least expensive approach, and is still probably fairly low-risk.

The third option is my own suggestion (though not necessarily my choice): Treat handguns as complete items, which would be surplussed back to the manufacturer, or a distributor, once they break or are no longer desired. Continually procure handguns in a given caliber (9mm) from the lowest bidders, provided they meet the requirements, without worrying about make or model.

Handguns are auxiliary weapons, so while having multiple different kinds of handguns in service at any given time would cause logistical problems, those problems likely wouldn’t be anywhere near as severe as for other items, like front-line rifles. Modern handguns are extremely good at sitting in holsters for long periods without being shot, so the primary concern would be keeping a rotation of functional handguns around for training, and ensuring that they can be surplussed properly to a civilian outfit that can repair and resell them, once they break. Since procurement would be ongoing for multiple manufacturers all the time, that affords some interesting opportunities as well. First, handguns could be procured now, or very soon, while mitigating cries of favoritism from the industry. Second, if a given pattern of handgun has a critical flaw, those handguns can be retired and another pattern substituted immediately, while the other manufacturer works on perfecting their offering, or qualifying a substitute. Third, it would open the doors to the industry standardizing on a magazine pattern. If the Army adopted a revolving-door model of handgun procurement, they could have as a requirement compatibility with a given magazine (my personal choice would be Glock’s, as I believe it’s the best design), and the industry would be much more likely to respond to such a requirement, as each individual manufacturer would be more likely to get a contract, as opposed to the winner-take-all model.

Finally, it would solve a problem that the handgun industry has, that the rifle industry does not. Modern semiautomatic handguns, unlike the current M4, are usually subject to style patents that protect their unique look or image, rather than their functional characteristics. That means, if the Army adopts, for example, the SIG P320, they cannot seek a second-source contract for that handgun. However, with a revolving-door model, they would be able to buy handguns from any manufacturer, regardless of style patents.

Now, this model still introduces logistical issues that are worth discussing. However, there is precedent: In times of war, many militaries procured any and all handguns that they could. In fact, the Americans, British, French, Germans, and Russians all did this during both World War I and World War II. Actually, it was the motley assortment of revolvers, M1911s, and other handguns that led directly to the US Army pursuing one standardized handgun, resulting in the Beretta M9 that has been procured for over 30 years. Those handguns had become old, and maintenance extremely problematic given the variety of models, but the revolving-door model avoids that: If a handgun breaks, simply surplus it and buy more.