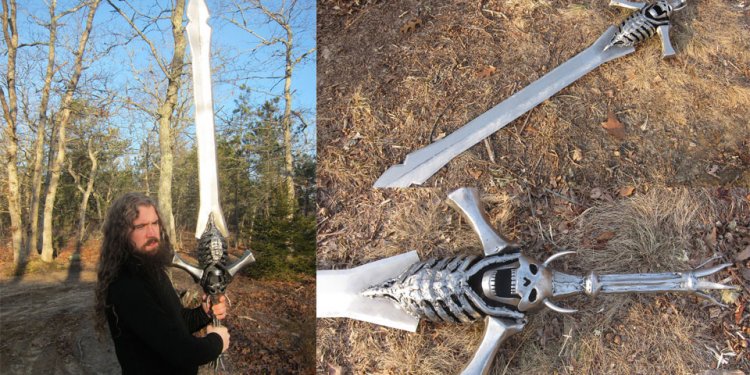 The most potent symbol of Australia's only rebellion, the Eureka Stockade, is the blue and white Southern Cross flag. A replica of the full flag will soon be on display in Ballarat. Verica Jokic asks what we know about the women who supposedly stitched the flag in one day under the cover of darkness.

A replica of the Eureka Flag will soon be unfurled to flap in the Ballarat wind.

The flag has been stitched as part of the 160th anniversary commemorations of the Eureka Stockade.

On 29 November, 1854, gold miners saw the enormous flag for the first time at Bakery Hill. It served as a call for men to gather, and they began to protest and burn their miner's licenses.

Fifteen thousand people, half the population of Ballarat, turned up.

Four days later, the flag was moved to the centre of a hastily built stockade at the Eureka diggings, where miners had gathered for a confrontation with government troops and police.

Within 20 minutes the battle was over, 27 men were dead, and the flag was torn down and attacked. Crucially, though, it wasn't destroyed.

I do imagine they were working at night under candlelight and the cover of protection the night afforded. There were certainly government spies who were going through the camp.

Several days earlier, a group of women whose husbands were working in the goldfields had begun to stitch the flag.

It measured four metres by 2.6 metres and was made of bolts of woollen fabric.

Author and historian Clare Wright says while it's commonly believed that three women worked on the flag—Anastasia Hayes, Anastasia Withers, and Anne Duke—she believes there was at least one more, Eliza D'Arcy.

She also doubts the commonly held belief that the flag was stitched in just one day. Ms Wright says that after 10 years of research, she's convinced work on the flag began on 24 November, 1854, when miners were first notified of the 29 November protest.

'I think that it is likely that it was stitched within that five day period, ' she says.

'Now, it was such a large flag and the women who were involved, if you just take the three women ... between them they had nine children and two pregnancies, and so they were busy women.'

The rebel flag was stitched under the cover of darkness so as not to raise suspicion.

'I do imagine they were working at night under candlelight and the cover of protection the night afforded. There were certainly government spies who were going through the camp and it would have been noted if somebody had have seen this very large and non-national flag, ' Ms Wright says.

'My very strong theory ... is that the flag is most likely to have been sewn in the Catholic Church ... it was one of very few structures on the goldfields that would have been large enough to house such a flag, because the flag would have been laid out on the ground and I imagine the women on their knees around the flag sewing their piece of it.'

Val D'Angri is the great granddaughter of Anastasia Withers, who helped sew the original flag.

In 1973, Mrs D'Angri was a needlecraft teacher at a Ballarat school when the city's mayor asked her if she wanted to help stitch a flag. Mrs D'Angri agreed, not knowing what the flag was.

'Two men carried this great bundle between them out into one of the gallery spaces and they started to unravel it and I'm afraid I just went into shock. I thought, "my goodness, what have I taken on?"'

'But once it was unravelled and I saw it, I just fell in love with it. I got down on my knees to feel the fabric and thought, "isn't it beautiful?"' Mrs D'Angri says.

She spent an entire school holiday fortnight working on the flag from 9 am to 11 pm, alone in the Art Gallery of Ballarat.

'My husband Norm did me a tape and on it we had songs of the 1850s, the things that were being sung at the time and I happily stitched it. I really thought I was there back in the goldfields.'

While working on the conservation project, Mrs D'Angri felt a pin prick. When she turned the flag over to see what it was, she found a pin used in the original stitching of the flag hidden in a seam.

Ms Wright says the pin helped to establish that the flag was made by women. Pins of that type formed a typical part of mid-19th century women's sewing kits.

The pin's discovery also helped debunk an alternative theory: that the flag was made at a tent-making company by men.

It wasn't until after Mrs D'Angri finished working on the flag that she learned she was a descendant of Anastasia Withers.

'I got goosebumps when my aunt told me.'

However, Ms D'Angri says she's glad she didn't know she was related to Anastasia Withers while she was working on the flag, otherwise she would have spent much of her time admiring the stitching.

About 60 per cent of the flag has been conserved and is now held on permanent display at the Museum of Australian Democracy at Eureka (MADE) in Ballarat.

As part of the 160th celebrations, which will take place on 3 December, MADE has organised the recreation of the stitching of the flag.

MADE invited members of the public, along with needlecraft experts from the Embroiders Guild of Ballarat and the Ballarat Quilters, to take part.

'We've already worked out that we've done 75 per cent of the flag, and we're just getting to the very difficult time-consuming parts of the stars, and it's already taken three people about 45 hours, ' says Jane Smith, the director of MADE.

According to Ms Smith, the original Eureka flag has had a sorry history.

'It was up the flagpole for five days and then it got tattered in the battle and torn down by Trooper King, who kept it in his family for a period of time ... it was an era when souveniring was still quite common so about 40 per cent of the flag was given away, ' she says.

'So when MADE opened, we've been doing a program of finding different parts of the flag and showing them at MADE next to the original.'

The National Library of Australia is loaning a piece of the flag it's had for decades, which measures five centimetres by two centimetres, to MADE for the 160th celebrations.