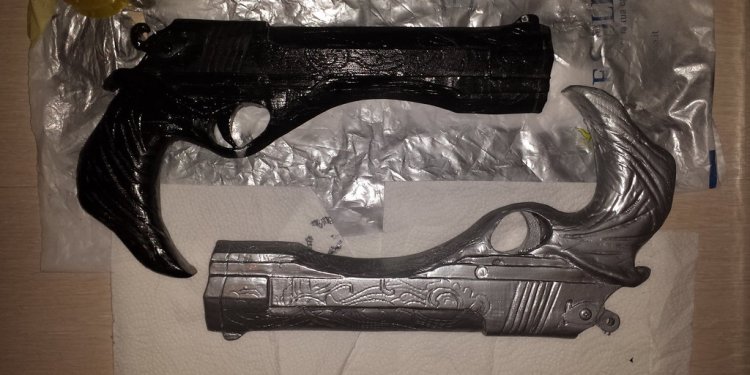 Get confidence and power, and don't be shy about it. Dante can face down the King of Hell, the Savior, and his twin brother Vergil in a fight without showing even a sliver of fear, so you should be confident in everything you do as well. Don't be afraid to taunt someone if they piss you off. Dante is famous for saying things to antagonize demons just for fun. In DMC4 Dante revs his sword like Nero leaning over implying "test me with that sword".

Dante can be very harsh and cruel to his enemies, (the DMC2 novel had him about to torture a helpless Devil to death, but he was interrupted) but is, at his core, a kind and caring person. He let Nero keep Yamato(The sword given to Vergil by Sparda), comforted Lucia, and wept for Trish, He even gives Nero the sign of "I'll see you later" with a hand motion. Almost implying that he would look after Nero. You don't have to be a boy scout, but remember: Sparda was more powerful than any other Devil because he learned compassion. Which is a human emotion.

Dante has, and you should too.

Joke frequently and in all forms. In his youth, Dante was very sarcastic and comical.Taunting his brother on top of the tower in DMC3, he says "You've got some fun planned for me RIGHT Vergil?" He became more serious over time, but never completely lost that part of himself. Anytime a demon tries to attack Dante, he will make fun of their attributes. When facing Cereberus he made the joke that he was going to take him for a walk. After killing Berial he says "What a shame, I was expecting more than just a few fireworks", implying that he was barely challenged by him.

Dante likes to be the center of attention all the time. (this may have faded in time as well, but it shows more than once during DMC3), so conquer your stage fright and be a star. Dante always aims to be stylish in all actions, and you should be too.

Dante acts for the good of others as well as himself. There's nothing wrong with making sure you get some, but don't be a hoarder at the expense of others.

It wouldn't hurt to pick up some physical and mental abilities. Dante is half Devil from his father Sparda and is capable of extraordinary physical feats, so it wouldn't hurt to learn parkour, royal guard techniques, using Yamato, gunslinging, or sword fighting with Rebellion or Alastor to come closer to his techniques and skills. He's also displayed well above average intelligence when it comes to fighting anyone, so don't be a careless(or foolish)fighter. Dante uses Trickster to move at high speeds, so make sure to exercise your legs and learn to replicate his Trickster dash.

Try forward at first, and then learn all four directions. Dante is also a master of all Devil Arms, if it a Devil Arm, he can basically fuse with it if he destroys the demon using them, and understand it almost instantaneously. Aim to understand all uses of a weapon uses rather than just one way of using them.

Be stylish. Dante dresses in outfits that he considers extremely stylish. He's well known for mainly wearing red, but is frequently seen wearing brown (2, 3) and black (1, 4) as well. He also performs actions simply because he finds them stylish (think of how he answers his phone for a great example). Dante is infamous for taunting everyone. Practice his taunts and what he says during them. Taunt when you want to get a rise out of someone, but expect something back. Nero threw Rebellion through Dante's chest after Dante taunted him. So be careful who you taunt.