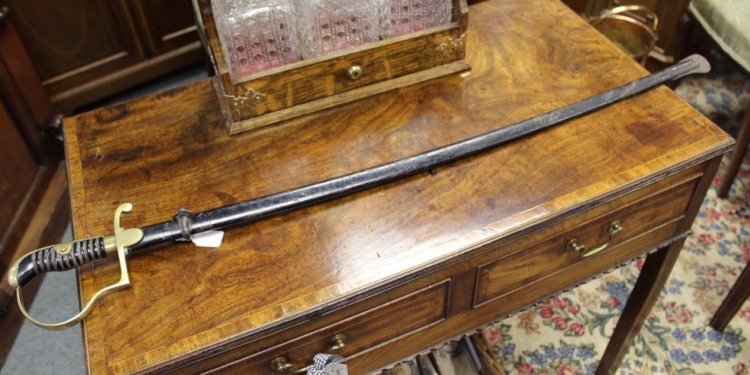 One of the many new laws that went into effect this month in Oklahoma is a change to a knife law that was originally put on the books in 1921.

SB 1159 became effective November 1, 2016, which removes dagger, bowie knife, dirk knife and sword cane from the items prohibited from carry in Oklahoma, according to the law.

It also repealed the ban on carrying switchblade (automatic) knives.

Those three knives, plus a cane that carries a long, thin sword inside, are all now legal to carry in Oklahoma, out in the open or concealed inside a purse or bag.

In the past you could own them, but not carry them.

This law follows last year's change that made switchblades or automatic knives also legal to carry.

"I think it's a good thing, " Stone said. "People who have been convicted of a felony, something that's not violent, like a felony DUI can't have a gun anymore, so this would be a good self-defense weapon for them."

A bowie knife is a large hunting knife that's been used since the Davy Crockett days.

A dirk is smaller and generally has a skinnier blade and can be double edged. A dagger can also be double edged and often doesn't have a hilt since it's often used for hand to hand combat. A sword cane is a cane with a long, skinny blade inside.

"[In] lots of other states, it's been legal for a long time, " Stone said.

Many police officers said they're not worried about people now being allowed to carry these knives, even concealed.

Others said it worries them some.

Those who fought to change the law said the government shouldn't ban people from carrying common tools easily made by anyone.