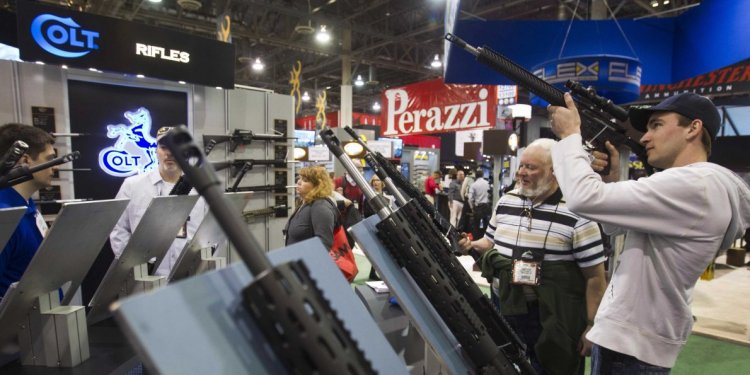 When politics gets heated, Wall Street can always count on its big firearms makers.

Investors are particularly attuned to President Obama's hopes of pushing through meaningful legislation on gun control before his term ends. Most recently, he is slated to host a Thursday CNN town hall discussion at George Mason University to discuss the need for new regulations on firearms.

So what's to stop Colt Defense from tapping the public market?

The West Hartford, Conn.-based gun manufacturer has had to sit idly by watching its rival's shares rocket 147% over the past 12 months.

But now - after striking a deal last month with creditors and union representatives, and winning approval for its Chapter 11 restructuring plan in U.S. Bankruptcy Court - could be an ideal time for Colt to scoop up some extra capital by testing the water with an IPO.

Largely based on the mounting demands for firearms in the country, Smith & Wesson's price target was recently upgraded by Wedbush to $24 from $22.

"Historically, high-profile events that make the general populace fear for their safety have been accompanied by increases in gun sales, " Wedbush analyst James Hardiman wrote in the report.

"Separately, gun sales have historically seen a lift from increasing rhetoric surrounding gun-control legislation, which is a central component of a number of presidential candidates, as well as Barack Obama in his final year plus as president, " he wrote. "In recent days, weeks and months we have seen a great deal of both of these factors, setting the stage for a sharp uptick in gun sales."

And even if Colt chooses not to immediately jump into the stock market for a piece of that mounting demand, holding a share of its bonds could ultimately prove to be a bullish position on the Republican ticket.