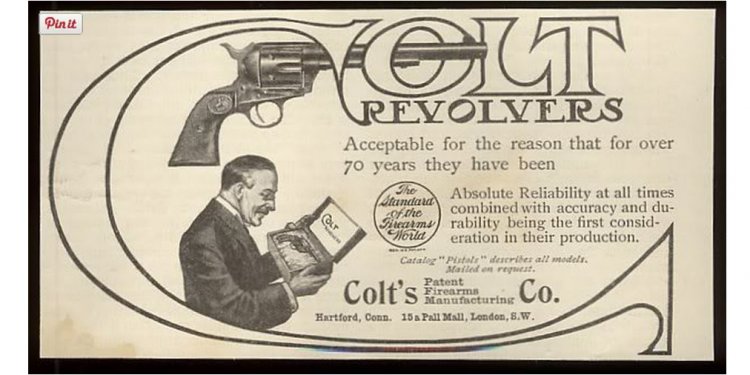 In the annals of the history of American firearms development, no name is more recognizable than that of Colonel Samuel Colt (1814-1862). Colt’s genius in both inventing and marketing helped make Connecticut a major center for firearms manufacturing throughout much of the 19th and 20th centuries. Revolving pistols and other weapons made in the Hartford factory of the Colt’s Patent Firearms Manufacturing Company played a prominent role in historic events in America and throughout the world.

The Colt’s Patent Firearms Manufacturing Company Factory Collection was given to the Museum of Connecticut History in 1957. The collection constitutes one of the finest assemblages of early Colt prototypes, factory models and experimental firearms in the world. The collection also includes Colt-made Gattling guns, shotguns and automatic weapons. In 1995 the original “Rampant Colt” statue that had adorned the Hartford Colt factory was acquired by the museum. The Colt Firearms Collection, coupled with historic photographs and other related materials, is a “must-see” for both firearms enthusiasts and students of American history.