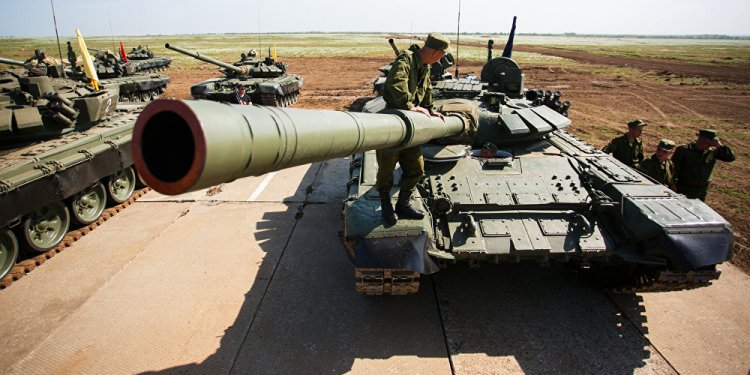 President Barack Obama has lifted the 50-year-old limit on the sales of military weapons to Vietnam.

The announcement of the decision was made by Vietnamese President Tran Dai Quang Monday at a joint news conference with Obama in Hanoi, following a meeting between the two leaders.

Quang also said the two countries have agreed to strengthen their partnership. He said their militaries will cooperate, and there will be an increase in trade, health care and visits by citizens of each country. He called Obama’s decision an end to a “painful chapter.”

Obama said the weapons sales “will need to still meet strict requirements, including those on human rights, but this change ensures Vietnam has access to equipment it needs to defend itself.”

Obama noted that the United States and Vietnam have both fought and cooperated during the past century. He said the two countries have had diplomatic relations for the past 20 years, and the relationship has “reached a new moment.”

Obama told reporters that the decision was not made because of China’s increased aggression in the area. He said it was made because both countries want to complete a long process that many veterans of the Vietnam War began many years ago. He noted that one of the veterans was a former prisoner of war, Republican Senator John McCain.

Hua Chunying is a spokeswoman for China’s foreign ministry. She said, “as a close neighbor to Vietnam, we welcome (a) normal and cooperative relationship between Vietnam and other countries, and we certainly hope such development of bilateral relations is conducive to regional peace and security.”

She said, “the arms embargo is the product of the Cold War. It should not have existed. We hope for a normal relationship between the U.S. and Vietnam.”

But on Sunday, China’s official news agency said, “the calculating move will serve only Washington’s own strategic purposes as the United States seeks a re-balance in the Asia-Pacific.”

Obama noted that the U.S. and Vietnam still do not agree on many human rights issues. And he said each weapons sale will be reviewed before it can take place. But he said it is right to end the ban because of an increased level of trust and dialogue between the militaries of the two countries. He said more American ships may enter Vietnam’s ports “at the invitation” of the government.

Phil Robertson is the deputy director and Asia director of Human Rights Watch. The group strongly disagrees with Obama’s decision to end the weapons ban. Robertson said, “as Obama was lifting the U.S. arms embargo, the Vietnam authorities were busy arresting journalist Doan Trang and other human rights activists and bloggers on the street and in their houses. In one fell swoop, President Obama has jettisoned what remained of U.S. leverage to improve human rights in Vietnam and basically got nothing for it.”

VOA Correspondent Cindy Saine reported this story from Hanoi. Christopher Jones-Cruise adapted the report for Learning English. Hai Do was the editor.

We want to hear from you. Write to us in the Comments Section, or visit our Facebook page.

Words in This Story

strict – adj. used to describe a command, rule, etc., that must be obeyed

access to – n. a way of being able to use or get something

conducive to – n. making it easy, possible or likely for something to happen or exist

calculating – adj. carefully thinking about and planning actions for selfish or improper reasons

in one fell swoop – adj. with a single, quick action or effort