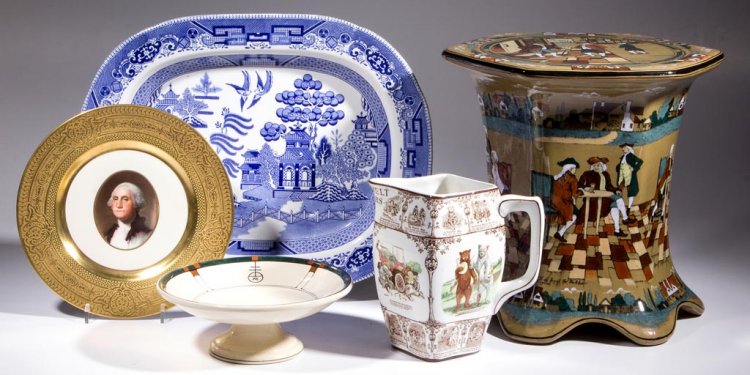 Heritage Auctions handles a massive amount of Confederate Civil War memorabilia, including those controversial rebel flags, but its archives are filled with other treasures that are much more intriguing (dinosaur bones) and much more disturbing (a jar of hair). Here are some of the unusual items sold by Heritage.

Bones of an allosaurus and stegosaurus, believed to have died while locked in combat, were found in Wyoming and auctioned off in 2011.

The giant dinosaurs, reconstructed in a fighting stance, are the perfect gift for the Jurassic World fan who isn’t satisfied with the promotional mug and T-shirt.

Lincoln’s spectacles were auctioned off in 2008. Could they be the same glasses he used while writing the Gettysburg Address? Sure, why not?

Sometimes, even a signed record isn’t personal enough. One Elvis Presley fan dropped five figures on a jar of the King’s hair in 2008. The fallen locks were collected by Presley’s enterprising barber.

One lucky buyer snagged a prop alien baby in a jar from the set of the cult sci-fi TV series The X-Files, listed as “still in its original slime.” Clearly someone with a strong maternal instinct.

Who didn’t love Lucy? But someone went the extra mile in 2010 and spent nearly half a grand on Lucille Ball’s ornate brass tissue holder and soap dishes. Market eagerly awaiting the arrival of her brass cotton balls.