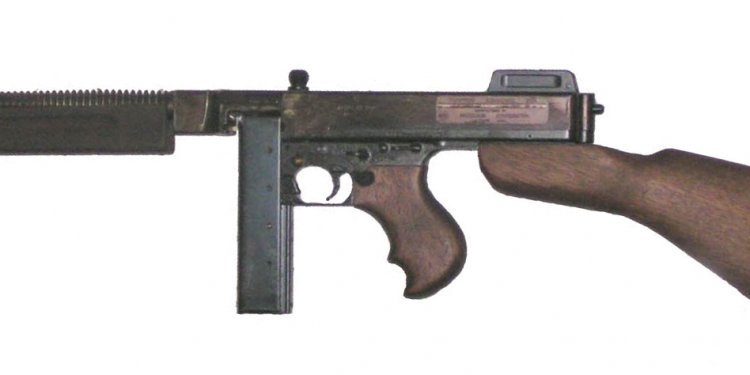 World War II veteran Stuart B. Eynon still remembers how the twin .50-caliber machine guns shook the whole bomber when they were fired from turrets as they flew over the Pacific Ocean.

On Saturday, the 94-year-old donned a pair of earmuffs, hunkered down behind the same model M2 Browning gun and pulled the trigger, firing an earsplitting stream of bullets into a berm in Marriottsville.

"It's like riding a bike; you don't forget, " Eynon said — though, he added, "I forgot how noisy they were."

The Associated Gun Clubs of Baltimore invited Eynon and three other veterans and their families to fire World War II-era guns at the firing range for the 43rd Bomb Group Association's annual reunion.

Bryant Cramer, president of the nearly 3, 000-member gun association, said he loved the idea of having the veterans out for a day at the firing range.

"We don't adequately appreciate all the things these people did, " he said. "It provided a connection between the Greatest Generation and our members. These guys are getting up there in age; we won't be able to do this so many more times."

Gun club members displayed old weapons they'd brought for the occasion — some of them collected, others family heirlooms — and explained their historical significance to nods from the veterans.

After a .30-caliber semiautomatic M1 carbine was shown to the crowd, 94-year-old veteran George Anderson interjected an anecdote about the gun.

He'd grown tired of the food that the troops were being served in New Guinea, where he was stationed at the time, and decided to go hunting for a wild boar.

"I saw one, pulled the trigger — and it was dead, " Anderson said.

"The pig or the carbine?" asked his son, George Anderson Jr., to howls of laughter.

The 43rd Bomb Group — known as "Ken's Men, " after Gen. George C. Kenney — flew B-17 and B-24 bombers. The B-24s had a wider wingspan, longer range and more armor than their B-17 predecessors, which generally flew higher and carried less of a bomb load. Anderson had no complaints about the B-24, despite its bulk and the lack of power-steering control in the early D models.

"It was a fabulous airplane, " he said.

Anderson, who flew 52 combat missions in the war, pointed to a model of the plane on a table inside the lodge at the firing range.