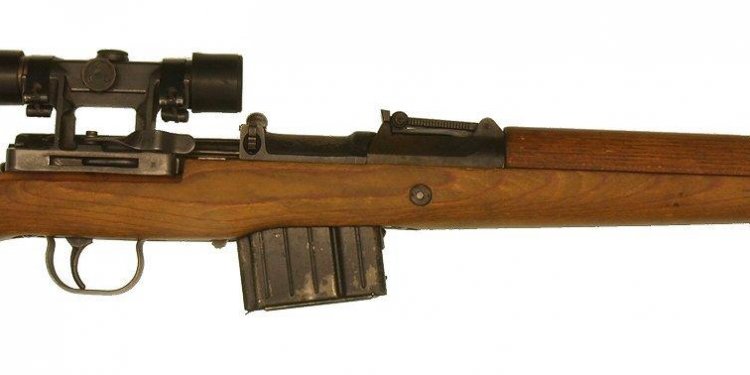 Advanced Axis and Allied fighters battled it out with impressive machine guns and other small arms throughout World War II!

World War II heralded paradigm-shifting changes for the world that would emerge at the end of the conflict, both politically and militarily.

Leading up to the massive conflagration, world powers worked to develop capable and effective small arms to fight what was the inevitable conflict. From ultra-modern submachine guns that could be produced more cheaply and employed very quickly, to refinements and enhancements of light machine gun designs that brought shatteringly effective firepower to the battlefield, World War II saw the introduction of influential weapon designs that would in many cases serve well beyond the deadly days of that colossal conflict.

Read on to see our picks of the top 10 battle classics from this era.

Model 1921 Thompson .45 ACP submachine guns first saw combat when they were carried by U.S. Marines in Nicaragua during the conflict known as The Banana Wars. In 1928, the U.S. Navy adopted a slightly modified version of the M1921 that included a slower rate of fire. In the years leading up to World War II, the U.S. Army also officially adopted a version of the Thompson called the M1928A1. Once the British began taking delivery of the Model 1928A1, the Thompson became known as the “Tommy Gun.”

The original Thompson was designed to operate using a detachable 50- or 100-round metal drum magazine or a 20-round metal box or “stick” magazine. One of the easiest ways to distinguish the M1928A1 from the M1 and M1A1 is the location of the cocking handle, which is positioned on the top of the receiver on the M1928 and the M1928A1, while the cocking or charging handle on the M1 and M1A1 is located on the right side of the receiver.

Thompsons adopted by the military, officially standardized as the “United States Submachine Gun, Caliber .45, M1” and M1A1, were unable to use drum magazines and were expressly configured to accept 20- and 30-round stick mags. A plain barrel and the use of a stamped rear sight instead of an adjustable rear sight were also used on later models to cut production time and costs. Internal changes were also made to the M1 and the M1A1 models that involved the use of a straight-blowback operating system. Despite weighing over 11 pounds when loaded, the Thompson submachine gun was a very popular and sought-after weapon to carry in combat. Approximately 1.5 million Thompson submachine guns were manufactured.