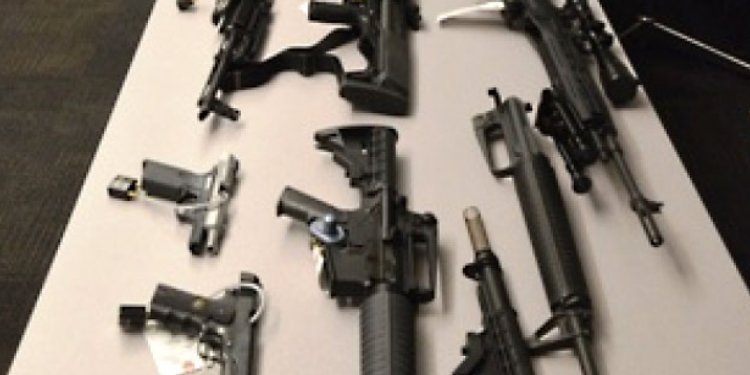 Congratulations on your election. We see that you are already making some drastic changes, as you promised during your campaign. However, as responsible citizens, and firearms owners, there are some changes we do not wish to see.

Rather than fighting against you, this petition is going to try and help you understand us. There are 1.9 million firearms license holders in this country, and we would like you to listen to what we have to say.

WE ARE NOT CRIMINALS. This is important above all else. We are target shooters, we are hunters, we are trappers, we are farmers, we are collectors. We come from all walks of life, investment bankers, to welders, to students, to retirees. We are men and women, young and old. We come from every corner of this country, from the farthest reaches of the north, to the island of Vancouver, and the shores of Newfoundland. We are Canadians, and firearms are part of our culture.

Now that you know who we are, here is what we have to say about your stance on guns. The text from your campaign website is in Italics below. Followed by our response in bold.

We will take pragmatic action to make it harder for criminals to get, and use, handguns and assault weapons. We will:

1. Repeal changes made by Bill C-42 that allow restricted and prohibited weapons to be freely transported without a permit, and we will put decision-making about weapons restrictions back in the hands of police, not politicians;

-A permit (Called an Authorization To Transport) is still required, all C42 did was eliminate the piece of paper and make it digital. If you want to bring it back, we really could not care less, however it is going to mean a lot of paperwork and red tape that no one wants to deal with.

-This would not be a smart move, arbitrary re-classifications without careful thought can criminalize legal gun owners purely by accident. When the RCMP made an overnight decision to classify the CZ-858 as prohibited, everyone who owned one became a possible criminal through no fault of their own. This cannot be allowed to happen again. How about the politicians keep this power, but take input from the police, as well as gun owners?

2. Provide $100 million each year to the provinces and territories to support guns and gangs police task forces to take illegal guns off our streets and reduce gang violence;

-Positive idea Mr. Trudeau. We completely support this one, we would love to see less violent crime on our streets.

3. Modify the membership of the Canadian Firearms Advisory Committee to include knowledgeable law enforcement officers, public health advocates, representatives from women’s groups, and members of the legal community;

-If you want to increase the membership on this committee we ask three things.

A) Everyone on the committee should do both of the firearms safety courses, and should be taken for a trip to a gun club. We want the people who are advising the government to know what they are talking about.

B) Please do not remove anyone who is on the committee already. They are good people, they speak for us, and they need to be heard.

C) Please do not include members of "anti-gun" organizations on the committee. They will do nothing to aid in a productive discussion.

4. Require enhanced background checks for anyone seeking to purchase a handgun or other restricted firearm;

-We want only the most responsible citizens to own restricted firearms. Any more measures that can be taken would be a positive idea. That said, it seems unlikely that these background checks could be made any more thorough than they already are.

-Stores which sell firearms are already doing this. Just try walking into a Canadian Tire store and buying a rifle without a PAL. Private sales are another matter, and should be the priority of this point.

6. Require firearms vendors to keep records of all firearms inventory and sales to assist police in investigating firearms trafficking and other gun crimes;

-This one is already being done as well. Stores keep inventory records for business purposes, and sales are documented. When an individual purchases a firearm or ammunition, the business records their PAL number and the item they purchased.

7. Immediately implement the imported gun marking regulations that have been repeatedly delayed by Stephen Harper; and
as part of our investment in border infrastructure, invest in technologies to enhance our border guards’ ability to detect and halt illegal guns from the United States entering into Canada.

-In general, we see no major positive consequences of marking imported guns. We believe the negative aspects of this policy outweigh any positive results. However, if we are forced to accept these marking regulations, please consider the following. Please do not require us to mark guns that we already have. It will destroy their collectors value, and will cost individual gun owners a lot of money. In addition, please allow exemptions for antique and collectible firearms. We would hate to see a second World War collectors piece marred by an ugly marking stamp that makes it worthless.

-This is the best idea you have suggested so far. NEARLY ALL ILLEGAL GUNS IN CANADA COME FROM ACROSS THE BORDER. Please put the greatest emphasis on this point, so that the number of illegal guns will decrease, and people can stop looking at us as the problem.

We will not create a new national long-gun registry to replace the one that has been dismantled.

-This speaks for itself, the registry was a failure, and we are glad you are not bringing it back.

We will ensure that Canada becomes a party to the international Arms Trade Treaty.

-While this may sound good on paper. The end result could possibly be a massive increase in the price of guns and ammunition within Canada. This price increase will do NOTHING but harm Canadian businesses that sell firearms. As well as harm the firearm owners who must pay the rising costs to continue doing what they enjoy.

As a final statement we would like to say, in addition to this we;

-Do not want a semi automatic weapons ban.

-Do not want a handgun ban.

-Do not want any kind of registry.

-Do not want our sport, and our culture to die out.

-Do want Canada to be a safe place to live.

-Do want only the most responsible citizens to possess firearms.