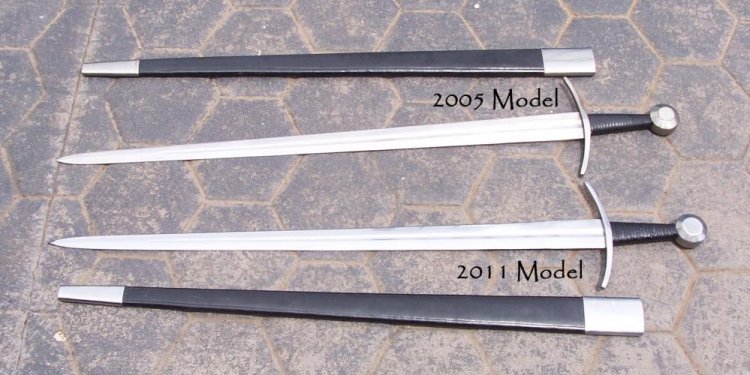 In 1996, we began a long-standing Blizzard tradition. For those who don’t know, Blizzard awards Legendary swag to employees for their years of service. The most iconic of these awards is the 5-Year Sword, an honor that many members of the Diablo team have earned in their long tenure.

Today, we want to share a little Easter egg we’ve snuck into Patch 2.4.1 to honor this tradition in the form of new rare transmogrifications.

Both of the above weapons are now available to the most diligent transmogrification hunters. Unlike the other transmogrifications added in 2.4.1, these swords were designed to resemble the real swords granted to Blizzard employees.

You can view more of the various swords, shields, and other commemorative items that have been awarded to employees in our service award gallery. These two transmogrifications are quite rare and can only be found by defeating those who have earned this honor. We’ll leave it to you to hunt down their exact whereabouts!

This isn’t the first time we’ve introduced the 5-Year Anniversary sword models to Diablo III. Those you may know by their other names. . . Do you recognize these blades?

While Diablo III is coming up on its fourth anniversary later this month, we just couldn’t wait a whole year to share this experience with you. I’ll be celebrating my own fifth anniversary in the latter end of 2016 and, though I’m looking forward to it, I’m even more excited to raise my sword up—both in-game and out— with the rest of this passionate and dedicated community.