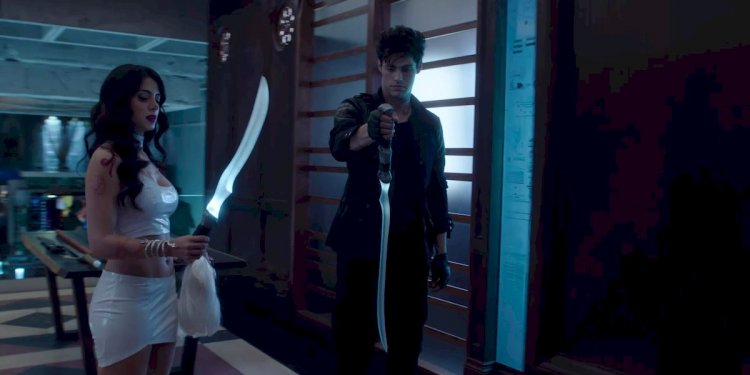 It took me over three years, but last night I finally beat The Legend of Zelda: Skyward Sword. After experiencing over 40 hours of incredible story, gameplay, and music, I couldn't help but wonder why the most recent console iteration of the cherished series failed to attract the same staying power other series favorites have. The game received near-universal praise from critics, including a perfect 10/10 on IGN. It has a Metacritic score of 93. Why, then, does it feel like no one counts Skyward Sword among their most beloved Zelda experiences?

Admittedly, when Skyward Sword originally came out in November 2011, I was one of the many gamers who flocked to Skyrim and continued to neglect my dusty Wii. But as I played the game on my Wii U in 2015, I instantly fell in love with what Skyward Sword had to offer. Here are five reasons Skyward Sword earns a place in my top three Zelda games of all time. Beware of spoilers!

The Zelda series is known for its gameplay mechanics, its music, and its infallible pacing. Oftentimes, however, Zelda games have forgettable stories. Perhaps the Zelda series isn't known for its storytelling because the story doesn't change much from game to game. First, Zelda is kidnapped; second, Link travels across a vast world gathering new weapons and abilities and defeating temple bosses; finally, Link beats Ganondorf and saves Zelda. Skyward Sword borrows much from this formula, but it also takes risks that pay off in spades.

Chronologically, Skyward Sword is the first game in the Zelda series. This blank slate could have been the game's downfall, but instead it features a rich story, a meaningful supporting cast, and a final boss that isn't Ganondorf. Skyward Sword builds an incredible foundation that actually makes the entire Zelda series make sense-that's no small feat, and it's downright admirable. While the incredible draw of the Triforce is still the motivating power behind the storyline, we learn that the Goddess Hylia sent portions of the earth skyward to protect them from the demon king, Demise. We also learn that Hylia created Fi, your Navi-like companion throughout the game, to help the Chosen Hero defeat Demise and abandoned her divinity to become a mortal. Demise's words at the end of the game also clue us in on why Link and Zelda relive this hero's journey again and again. These are hefty story elements that come together for an epic tale of good versus evil.

Skyward Sword also marked a series high for character development. I felt like Zelda and Link had an emotional connection I never saw in the series before. The supporting cast also helped move the story along. Groose, one of Link's peers at the Knight's Academy, originally annoyed me, but he quickly became a successful comic foil to the more serious characters. Nintendo also found a successful companion in Fi. I legitimately was sad to see Fi return to her home in the Master Sword at the end of the game. Those who remember wishing Link would have stabbed Navi with his Master Sword in Ocarina of Time realize what an achievement this is. Finally, while Demise bares an uncanny (and likely, purposeful) resemblance to Ganondorf, the evil-doer we have come to expect as the final boss in all Zelda games never makes an appearance. These story-based risks could have hurt Skyward Sword, but Nintendo integrated them so successfully that the story is, with the exception of Wind Waker, the best of the series.

Say what you want about motion controls, but using the Wii Motion Plus to control Link's sword felt intuitive and drew me into the world more than any other Zelda game. Many conversations about the merits of Skyward Sword come down to the motion controls: if you got them down, you liked the game; if you had trouble, the game felt broken. It took time, but with patience I mastered the motion controls and loved the game even more as a result. And what about the non-sword motion controls? The Beetle is the best item the series has ever seen. Controlling the Beetle remotely with the Wii remote felt right, and the Beetle mechanic allowed for innovative puzzles that breathed new life into the series staples of box-moving and torch-lighting. Finally, while the stamina system may have turned off series purists, managing stamina added challenge to a game that has been criticized for its ease over the years.

IGN's review of Skyward Sword noted it came up short in the music department. I adamantly disagree. Skyward Sword doesn't have the series' best soundtrack (that honor goes to Ocarina of Time, in my opinion), but there are numerous memorable tunes throughout your lengthy adventure that you will find yourself humming while at school or work long after you've laid your controller down. The game's best themes include: Skyloft, Ballad of the Goddess, Knight's Academy, Sky, and Lanayru Desert. Fi's Theme and Faron Woods are especially memorable songs that provide the proper backdrop for your adventure.

Between the Lanayru Desert, the Lanayru Mining Facility, and the Sand Sea, the Lanayru Region might be the most memorable locale in all the Zelda series. While many of the Zelda games feature distinct areas-the volcano, the desert, the forest, the body of water, the city-Skyward Sword has three broad regions that you visit numerous times, unlocking different areas of the region as the story progresses. When you touch down in the Lanayru Region, you're met with some of the best music in the game. You soon realize the area was a technological marvel in the past, and remnants of robots litter the desert. The timeshift orbs/stones are the foundation of many challenging puzzles, and the techno-based enemies are some of the most fun to fight.

But the Lanayru Region also offers one of the most conceptually stunning locales in the form of the Sand Sea. An invisible ship travels what used to be a vast body of water, and at one point you are charged with shooting this invisible ship while controlling a time-shifted boat that changes the sand to water as you travel across sand dunes. There is even a Donkey Kong Country-inspired mine-cart roller coaster that's home to a challenging mini-game. There is so much to do in this fully-realized area-I couldn't help but explore every nook and cranny.

While I believe the Beetle is the best item the Zelda series has seen to date, I felt all of the times in Skyward Sword were innovative and functional. Classics returned in the form of the bow and arrow, the bombs, and the slingshot. However, even series classics became new again through Skyward Sword's awesome upgrade system. I upgraded my slingshot to have a scatter-shot ability. I used the same system to upgrade my shields and Beetle as well. This is definitely a game system that should make a return in all future Zelda games. Whether upgraded or not, items in Skyward Sword always had a purpose. One of my favorite moments in Skyward Sword was obtaining the indestructible Hylian Shield. Rather than acquiring the shield through an item shop or treasure horde, Link can only obtain the shield after beating eight of the game's bosses in a row during the Boss Gauntlet.