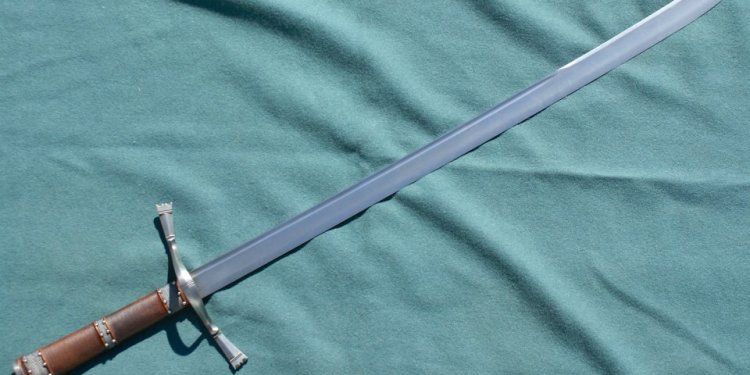 In the heat of battle: Youth kendo competitors collide with their bamboo swords (shinai).

If you have big dreams of becoming a hero/heroine fighting with a cool weapon such as a sword or a lightsaber used by Jedi Knights in the film “Star Wars, ” there is the right sport in Japan that will make your dream come true. It is kendo, or the way of the sword.

Kendo is one of traditional Japanese martial arts, or budo, that arose from the samurai, or warrior in feudal Japan, fighting with bamboo "swords."Kendo players wear protective gear like armor over kimono-like training wear. Kendo differs from many other sports. Heir to the traditional spirit of Japanese martial arts, kendo is not solely about winning but also respects good manners and nurtures a strong spirit.

You may know of the samurai warriors of Japan that were around from some 1000 years before until the end of the Edo period (1603–1867). Samurai worked for their lords, protecting and fighting for them using weapons such as swords, spears, bows and arrows. In the Edo period, bamboo swords (called shinai) and protective gear became popular for training. The protective gear consists of armor which includes a helmet (called men) to protect the head, a breastplate (called do) for the torso, and gauntlets (called kote) to protect the forearms and wrists. This martial art was originally known as kenjutsu, or swordsmanship, which evolved into today’s martial art of kendo.

In the 17th century, Japan entered a more peaceful era and, with time, samurai no longer needed real swords to fight battles or to keep the peace. Kenjutsu gave way to kendo, the way of the sword, which used bamboo swords as a means to train and strengthen the mind and the body. Today, kendo has evolved into a sport played in 52 countries and regions, with a world championship held every three years.

Kendo differs from other combat sports, such as wrestling and judo. In kendo, there are no classes that separate competitors by weight or size. Players compete using bamboo swords to try to strike the protective gear of opponents in set target areas: primarily the men (helmet), the do (breastplate) and the kote (gauntlets). Players score points by decisively striking these targets.

Kendo players go head to head outside at Shiofune Kannonji Temple in Tokyo. Outdoor matches (nojiai) are held on the premises of shrines and temples.

Matches are fast-paced, with competitors looking to score points by finding a gap or opening to strike, deflecting an attacking shinai or initiating an attack to create an opening by disrupting an opponent's kamae (posture).

Kendo competitions are typically held indoors. Sometimes competitions take place outside on the ground as so-called nojiai (open-field matches). These matches are held on the grounds of a shrine or temple surrounded by trees — which can make it feel like you have traveled back in time to ancient Japan.