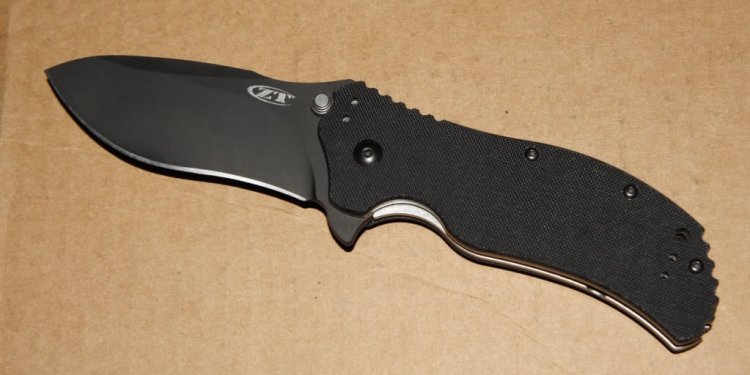 Spyderco Knives made in China

Trolling For Hate: Why The Knife Industry NEEDS to Make Stuff in China

I love the idea of a craftsman, like Steve Karroll, hand making my knife. I like the idea that somewhere he is sitting at a grinding belt using his eyes and his hands to craft a razor edge on my . It makes me feel connected to things I own and the people that make them. I also like the idea that in Golden, Colorado there is a small team of dedicated craftsmen doing much the same.

The reality is, however, that in the modern globalized world this is simply not the most efficient way to run a business. To survive in the modern world, even in the relatively niche world of high performance gear, you need to have a global perspective. You need to make some things overseas and in the gear industry that means places like Taiwan and China.

I have to break the news to you: we are not the folks that keep gear companies afloat. No matter how much we spend we aren't a large enough market to sustain a company any larger than say, Chris Reeve Knives. If that is your game then great, but for the KAI USAs and the Spydercos of the world to survive they need to produce gear for a wide range of audiences. Sure we all like the blank check, blue sky, cost no object production knife like the Jess Horn Spyderco or the Kershaw Tilt, but if we want these products to be made in the future, they have to be subsidized by the production and sale of the respectively. This is not a purely gear industry issue, either. Studios wouldn't survive on Oscar movies alone, they need the big budget explosion fests that we are treated to this time of year to pay the bills and make those movies possible.

This is why we gear geeks need to have stuff made overseas. Without it the knife industry would shrink and possibly die. There isn't enough profit or capacity to make things purely in the US on a scale that would allow companies like KAI, Spyderco, and Benchmade survive. The reasons are complex.

China looms over the horizon, beyond the edge of the sea, a new rival for a new century. But unlike the Soviet Union, China's rivalry is primarily economic. Their massive factories, significantly lower labor standards, and virtually zero environmental regulations all give them some advantages over the US, but these are really just minor things, bullet points for political parties. The real advantage is simpler, less sexy, but vastly more meaningful-capacity. The billion or so people that live in China represent a huge labor force. Additionally, because of years of insular economic policy, they are just now experiencing the boom in technology and manufacturing that the US experienced in the last fifty years. In essence, the growth we have experienced in fifty years China is doing in 15.

But economists will tell you an important fact about this capacity. While great, it is not as sophisticated as what we have or what the Japanese and Europeans have. The US, Japan, and Europe make incredibly complex goods-cars, planes, ships, high end machines and medical equipment. China's capacity is still not capable of doing these thing as well. While China has more capacity, the US, Japan, and Europe have a competitive advantage over China. Simply put-US, Japan, and Europe make medical imaging equipment and nuclear reactors for energy production while China makes, at is most sophisticated, iPads. I love the iPad, don't get me wrong, but the principle of competitive advantage means that the economies should always strive to make as high end a good as possible. The US COULD make iPads (and will again according to Apple), we have the ability, but doing so makes very little economic sense. There is only a finite amount of manufacturing capacity in the US and you can use it to make iPads with their 300% margins and $400 price tags or an MRI machine with their 3000% margins and $100, 000 price tags. Same factory floor space, huge difference in profit.

But business is really never about simple economic principles. We are proud people. We are country of tinkerers and inventors. It is in our political DNA. The Constitution, as drafted by the Founding Fathers, had nothing about the right to bear arms or freedom of speech (those were amendments to the original document after all), but it did have a section on patents and inventions. Inventors are as much a part of the American Spirit as the cowboy. And so, despite the principles of economics, folks like Chris Reeve and Sal Glesser and Les De Asis still design, make, and assemble knives in the USA. We like them for it. We buy these knives, despite a higher price tag. We seek them out because of their country of origin.

The US based knife and gear business is one of very thin profit margins. The pressure on factory floor space is huge-can you really go to a group of investors and tell them you are going to use this building to make $300 hand assembled titanium framelocks when you could just as easily build parts for the Boeing Dreamliner in the same space? The factories that are dedicated to making knives in the US are either very small, like CRK, or they are maxed out in terms of capacity. New factories, because of the pressures of competitive advantage, just aren't being built. Finally, the factories that did come on line in the past 30 or so years, such as the one owned by United Cutlery, weren't successful and were ultimately sold for parts.

Thus there are a small number of modestly sized shops and a few large factories, all of which are essentially maxed out in terms of production capacity. As a knife maker you can't build a new factory. The economics of the situation won't let you. You can try to squeeze out more capacity from your existing sources, the small shops and already existing factories, but that is a process of diminishing returns. Or you could go overseas.

We have seen it happen time and again. Company after company takes their stuff overseas to be made. I realized the trend was irreversible when I saw that AG Russell, perhaps the quintessential American knife maker, was making new knives almost exclusively in China. The economic realities are harsh in one sense-the space for new large scale knife making in the US is all but gone-but good in another sense-our country is still leading the world economy because we are making more high end stuff.

Spyderco made in China