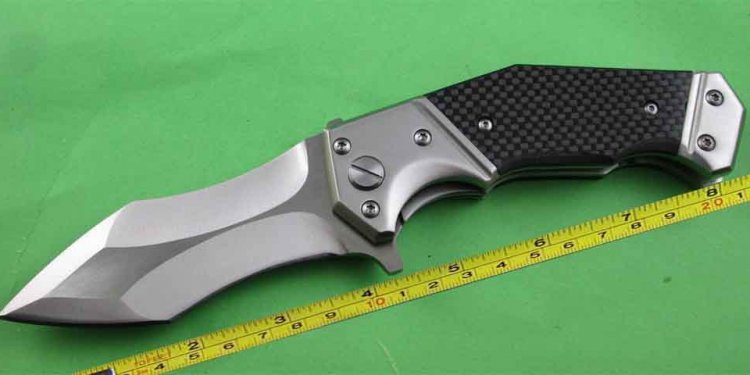 In some form or another, knives have been around for millions of years, but only a select few have truly transcended the ranks to become

In some form or another, knives have been around for millions of years. Over the course of that time, thousands of variations and styles have been paraded out to the masses. While many of these knives have proven themselves by quietly helping build civilization, only a select few have truly transcended the ranks to become 'iconic.'

Defining what it means to be 'iconic' is no easy task because the word has several definitions. An icon can be something that's extremely successful and admired or something that's widely recognized and representative of a whole. The knives on this list will undeniably show traits of an icon in the knife world.

Making a list like this is difficult, typically controversial, and completely subjective. To make our decisions more transparent, we are laying out the guidelines for why one knife made the list and another did not.

In order to make it on the list, the knife must be the following:

We're starting off the list with one of the most iconic knives around the world.

With its vibrant red scales and recognizable symbol, Victorinox Swiss Army knives established a new genre of knives with a versatile design that's been acknowledged as one of the best ever. We could have easily picked any of Victorinox's Swiss Army knives, but the Classic SD rightfully earns its place on the list for being the most popular model around the world.

Like the Swiss Army knife, pretty much any Case knife could have made it onto this list, but we went with the Trapper. By no means did Case invent the pocket knife, but it can be argued that Case (along with the Trapper) helped make pocket knives a thing.

Introduced by Case in the 1920s, the Trapper remains Case's most popular model. The Trapper has a basic trapping and skinning blade (a clip and spey blade) that was directly inspired by the jack-knife. This is the knife of choice for those looking for versatility.

Having been produced for nearly 100 years, it's no surprise the Trapper is not only among Case's most collected pattern but also one of the most iconic.

The Kershaw Leek is one of the newest knives to make the list, but its inclusion is no accident. Designed by legendary knifemaker Ken Onion, the Leek transformed the factory knife market by sparking the assisted opening craze still present in folders.

To be clear, the Leek was not the first assisted opening knife, but through a perfect storm of design choices, the Leek set the standard of what the perfect EDC should strive to be.

The original Leek features a perfectly sized 3-inch bead-blasted blade made of Sandvik 14C28N steel. The handle itself is bead-blasted 410 stainless steel, making it durable but surprisingly natural in the hand. It has a nice slim design for anyone who wants a truly portable knife that can handle nearly anything.

Of course, one of the best features on the knife is Ken Onion's Speed-Safe assisted opening system, which uses a revolutionary torsion bar to allow quick and reliable deployment with one finger.

Since the knife's release, it's been produced in many different blade types and colors, from the Composite Leek to the 2005 Knife of the Year Rainbow Leek.

To many people, having that familiar 'OLD TIMER' phrase emblazoned on a knife's handle instantly indicates it's made with quality and precision. The Old Timer brand by Schrade is truly a knife institution, and the Old Timer 8OT Senior Stockman is the most popular Old Timer out there.

In 1960, the 8OT was only the second Old Timer ever produced (the 2OT was the first but is no longer in production). The well-known stockman pattern was not an original pattern, but the Old Timer line was released during a time when designers were aiming to make the newest and most advanced knives.

The creators of the Old Timer line wanted to make knives that harkened back to the days of their granddad. Despite the old-fashioned look and feel of the knife (or perhaps due to that fact), the 8OT became explosively popular and respected by casual and hard-core knife users.

Suffering a scare when the original Schrade factory closed its doors in 2004, the Old Timer line was quickly saved by Taylor Brands LLC, which still puts out the knives based on the original designs.

If you ask a layman for a list of the best knives of all time, the Sebenza probably wouldn't be on the list, but any knife enthusiast would put the Sebenza at the top. The first production Sebenza was introduced in 1990 and has been one of the most influential and sought after knives of the past 50 years.