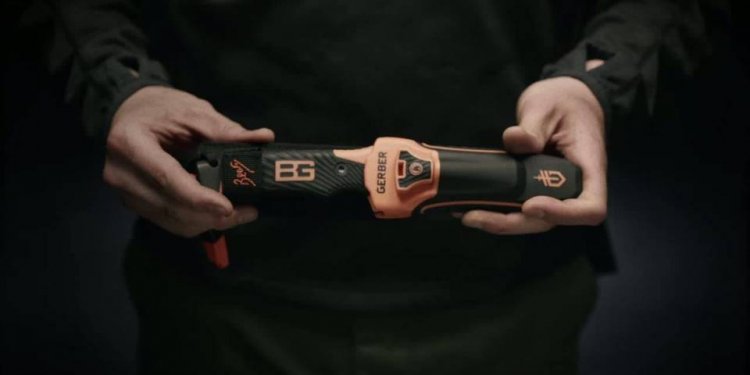 Rated 5 out of 5 by Zant great product great shape blade. great add for survival great to own November 4, 2016

Rated 4 out of 5 by tall great knife The knife is of good quality and seems it will hold up. The sheath is not the greatest though. The top portion digs into you while sitting/crouching. October 31, 2015

Rated 5 out of 5 by skyking607 Good SAR knife Have had this product for almost 6 years and it performs flawlessly. Cuts rope, small branches and other odd's and ends. At an aircraft crash site, successfully cut aluminum aircraft skin but had a tough time with Plexiglas. I would not use it as a pry-tool. For everyday service...a very handy tool. Sharpen mine one a month. Meets CAP Ground Team specs for knives. September 4, 2015

Rated 5 out of 5 by NiceWife My Husband Loved It! I got this for my husband for Father's Day. We do a lot of camping and he said this knife will work great. June 25, 2015

Rated 5 out of 5 by Survivalist Gerber Knives Bear Grylls Survival Series Ultimate Knife This is a really good knife. It has a strong, sharp blade. The handle has good grip. The fire starter rod produces big sparks. June 10, 2015

Rated 4 out of 5 by Lovell Looks like it will do the job Purchased the knives to go on life vest while kayaking. Only issue I found with then is the cord on the handle could be a little longer so you can put it around your wrist so you won't drop it if your using it in the water. Ended up replacing the cord so I could extend it 2 more inches. Otherwise knife look good May 12, 2014

Rated 3 out of 5 by Tester101 Decent knife This was a great knife while it lasted. I have had it for less than a year and the sheath has mould on it and the blade is rusty. So make sure that you oil it regularly before it's to late. Overall great knife besides rust and mould. Also the plastic pouch on the back rips easily. May 11, 2014

Rated 3 out of 5 by Aj94 Good knife, cheap everything else. Purchased this knife thinking it would be awesome. If I were to bring one thing with me into the wild this would be it. Had two big problems with this product. Within the first day of buying it the plastic on the sheath had already broken from sitting down with it on, had to return it thinking there was something wrong with the one I origanally bought. Recieved the next sheath hoping I wouldn't have this problem again. Didn't break again, have had it for about a year now. Second big problem with this product was the fire starter. While using the knife for the first time out in the woods, the fire starter didnt seem to want to stay in its designated spot. Fell out once, luckily I caught it. It then fell out a second time and I lost it. I now am forced to buy a second fire starter online for five dollars. I am not happy with this outcome. January 11, 2014

Rated 5 out of 5 by Witewolf34 Best Ultimate Knife Best ultimate knife ever. Period. I believe that Gerber has mastered the survival art. December 16, 2013

Rated 5 out of 5 by Fury all around.best I use this knife when I go hiking on the AT. It has everything you need... whistle ... fire starter... sharpening stone...eye holes to make into spear...even comes with survival tips. One of my favorite features is the sheath it has dual loops so you can carry on your side or on the flat of your belt. check it out You will love it! March 25, 2013