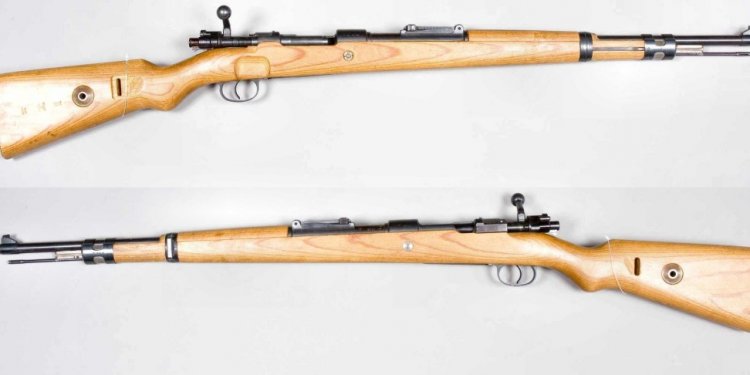 Despite the global depression, the development of weaponry continued rapidly in the 1930s. The tank, for example, continued to improve markedly with the appearance of the low profile hull, the revolving turret, better gunsights, and improved tracks and suspension. By the 1930s the Russians had developed the famed T-34, the best tank of its day.

Tank cannon grew larger to 90 millimeter guns, and new propellants and shot, the sabot round, made these cannon even more deadly. The tank called into existence the first antitank guns. The German Gerlich gun, for example, fired a 28 millimeter round of tungsten carbide at 4, 000 feet per second, and was capable of penetrating any known tank armor. A later German invention, the "eighty-eight, " was originally developed as an antitank weapon but doubled as both an antiaircraft and direct fire gun. It is generally adjudged the best artillery weapon in World War II.

Developments in aircraft design - the stressed metal skin and the monoplane - made the introduction of fighter aircraft possible. Engines over 1, 000 horsepower made speeds of over 350 miles per hour commonplace. The long-range bomber capable of flying at altitudes over 40, 000 feet at ranges of 5, 000 miles was developed. At sea the light and fast destroyer was built to protect the larger battleships. More sophisticated submarines could remain at sea for 60 days at a time. A new torpedo, the Type 33 Lance, driven by oxygen and leaving no track appeared with a range of 25 miles at 36 knots. Torpedoes now typically carried warheads of 400 pounds of high explosives. The aircraft carrier came into its own. The Japanese carrier, Kaga, carried 60 aircraft and displaced 39, 000 tons. The American carrier, Lexington, displaced 36, 000 tons and carried 90 aircraft. The integration of naval and air forces within a single combined combat arm was almost complete.

The destructive power of the combat arms - infantry, armor, and artillery - greatly increased in World War II. Infantry, armed in large numbers with the new all metal submachine gun, delivered firepower at rates five times greater than the infantryman of World War I. Infantry carried its own antitank weapons in the form of the American 3.5 inch Bazooka (named because of the sound it made when fired) rocket launcher or the German Panzerfaust. Dependable motorized transport, the Jeep, the "deuce and a half" truck, and the armored personnel carrier - fully tracked, half-tracked, or pneumatic tire vehicles - increased infantry mobility twenty-fold and enabled it to keep pace with the rapid armor advance.

The tank saw a remarkable increase in its combat capability and, for the first time in almost 700 years, cavalry again played an important role on the battlefield. The Russian T-34, originally produced in 1935, was possibly the best battle tank of the war. Mounting an 85 millimeter gun with a new muzzle-brake to reduce recoil, the T-34 made 32 miles an hour with a range of 180 miles. It introduced the sloped armored glacis in front to deflect antitank rounds, and had a ground pressure of 10 pounds per square inch which, on its American-designed Christie suspension, allowed it to traverse terrain that most Allied or Axis tanks could not. The American Sherman tank introduced cast armor to replace the old welded armor, the volute-spring bogie suspension, and rubber block treads that increased track life by 500 percent. The Sherman used a revolutionary hydroelectric gun stabilizing system and improved triangle sights. Tank engines grew more powerful and more reliable, and the tank quickly became the centerpiece of the striking forces for all armies except the Japanese.

Artillery's developments came in response to the need to defend itself against armor and air attack. The result was the self-propelled artillery gun. These guns, often reaching 8-inch or 122 millimeter caliber, were mobile artillery mounted on tank chassis. Self-propelled artillery came in two forms: the assault gun and the light assault gun. The arrival of the ground attack fighter required improvements in antiaircraft guns. The Bofors 40 millimeter cannon was capable of firing two rounds per second over a slant range of 4 miles. The American M-2, 90 millimeter gun fired 25 rounds per minute to a height of 9 miles. The introduction of reliable electronic fire control systems with radar detectors and trackers linked to primitive computers provided great advances in the lethality of antiaircraft guns.

Unguided rocket artillery, first used by the Chinese one thousand years earlier, reappeared in the form of the German 15 centimeter Nebelwerfer that could fire six 70-pound rockets in less than 3 seconds. The Soviet Katusha, first at 90 millimeter and then 122 millimeter, fired over 40 rockets at once. The American entry, the Calliope, fired 60 rockets at a time. Used as area saturation weapons, these rockets caused large numbers of psychiatric as well as physical casualties. The variable timed fuse introduced by the Americans increased the lethality of artillery fire by a significant degree. Each shell contained a tiny radio transceiver within it that could be set so that the round exploded at a precise distance above the ground. This innovation increased the killing power of artillery by 10 times over shells fitted with conventional fuses.