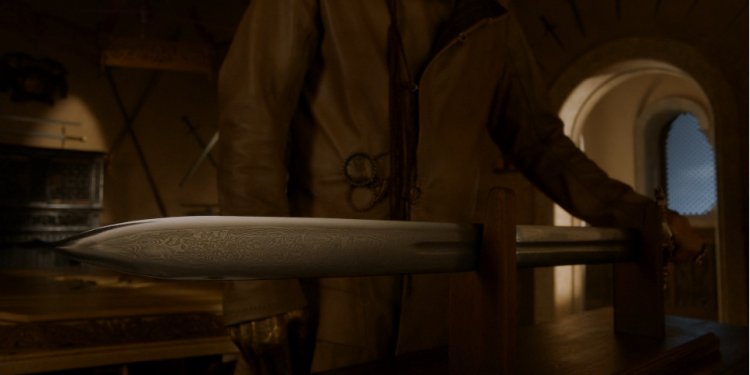 A total jackass, Viserys had maybe the best death in the whole series: having molten gold dumped on his head.

46. Theon
I'm still pulling for his post-castration power play. Or for him to just get killed already.

45. Robb Stark
The red wedding was a coming of age for viewers of the show. Rewatching those early seasons knowing that's gonna happen exposes Robb for the lame dude he really is.

44. Stannis
Basically a stodgy, moralistic Southern Baptist minister. I'm from Alabama, so I was pulling for him.

42. Roose Bolton
He's like the Count Dooku of this show, acting like he's working for himself though he's really just a pawn who probably will get his head cut off by young Darth Vader.

41. Daario
Was a hot blond dude, but now (after a casting change) is just a regularly attractive brown-haired dude.

40. Ned Stark
The Mark Twain of the show, giving his kids a bunch of advice that wasn't actually useful before he got murdered. Wait, how did Mark Twain die?

37. Tommen
Not the most decisive king, either before or after he had sex. But he's better than Joffrey, I guess.

36. Khal Drogo
Got fridged for the sake of Daenerys' character arc. Beautiful.

35. Gendry
Melisandre put a leech on his penis one time. It feels like that's all I should put here.

33. King Robert
Probably the most chill and carefree character on the show, drunk most of the time, yelling a lot even though he really didn't have any problems. Well, until that time he drank too much and got killed by a boar.

32. Ramsey Bolton
Is Ramsey the most demented dude on this show? Well, he's definitely the funniest demented dude, which isn't actually funny at all when you think about it.

31. Catelyn Stark
Loses to the Lannisters both in the Game of Thrones and the Game of Angsty Overprotective Moms.

30. The Hound
Killed the butcher's boy, then spent several seasons saying lots of mean things before being left to die on a rock. Nice.

UPDATE: The Hound is alive, and got religion. Moved up nine spots for perseverance.

29. Gilly
Doesn't know anything except for all the stuff Sam doesn't know how to do. Which is most things.

28. Talisa Stark
Every joke that comes to mind is far too reprehensible even for a "Game of Thrones" list, so I'm not going to put one here.

27. Sam
A huge nerd who predictably finds love in a house of somebody else's daugher-wives.

26. Lord Commander Mormont
Died because Sam found love in a house of somebody else's daughter-wives.

25. Ygritte
A marksman with a bow, loved Jon Snow, killed by a child. She was basically an audience surrogate.

23. Red Viper
His irascible lust distracted him from delivering the killing blow against the Mountain. A cautionary tale?

21. Jaqen H'ghar
Speaks in riddles, has many faces (and many bodies), and set Arya on the path to losing her eyesight even though he would have been burned alive if she hadn't saved him. What a clown.

20. Tywin Lannister
Was killed by his hated dwarf son. Exactly what he deserved, though I secretly hoped he would at some point just be nice to his kids.

UPDATE May 22: I feel bad about this joke now.

18. Ellaria Sand
Committed one of the greatest and most upsetting murders on the whole show.

16. Varys
Slightly smarter than Tyrion because he doesn't have a penis.

15. Tormund Giantsbane
Has a great name, murder in his heart and a huge beard. Now he's going to be in "Fast & Furious 8, " the next movie in my favorite film franchise. What's not to like?

13. Margaery Tyrell
Delightfully passive-aggressive toward Cersei all the time. She was killed horribly because she didn't understand just how far Cersei would take things - but it was worth it.

12. Brienne
Tall, kills a lot of men, is single and celibate, takes no crap from anyone and doesn't play the game. A perfect counter to basically everything else on "Game of Thrones."

11. Melisandre
Lots of people think of Melisandre as the "sexy" main character, but she's actually the "terrifying" main character. Remember that time she burned a child alive? That sucked. Now she suffers for it, finally, but she'll probably be back to do something amazing.

10. Missandei
Best friends with Grey Worm, a eunich soldier. She doesn't even have to friendzone him!

9. Davos Seaworth
Nothing about this dude makes me happy. Which sucks because he's super nice.

8. Littlefinger
Probably the smartest character on the show, but uses all that brainpower for evil. So he's great, is what I'm saying.

7. Daenerys
Commits most of the best murders on the show, thanks to those dragons and her invulnerability to fire. and they're usually justified. Big bonus points for that.

5. Olenna Tyrell
Makes a great joke about useless genitals, and constantly talks smack about everyone. And now she's going to ruin everyone. My dream woman.

4. Sansa Stark
Sansa has been kind of great in season 6, turning into the sort of badass we always hoped but never thought she actually could become. So she moves up almost to the top.

3. Bronn
Enters the show in the most "Game of Thrones" way possible: by stepping out of the background of a scene to kill a guy for Tyrion.

2. Grey Worm
Just the best. Sad because his life sucks. Badass who kills a lot of his problems. Communicates a lot without saying much. Grey Worm seems like the kind of tragic "Game of Thrones" character who is going to have a brief moment of triumph before getting slaughtered. I hope that triumph is really good.

1. Cersei
Yeah, she's a terrible person, but she's the product of a terrible father and terrible environment. Through season 6, though, she's been better than everyone else at playing the game, even though every move she's made has had some kind of awful unintentional consequence for people she cares about.

"Game of Thrones" has a lot of characters, and too many to rank. So we're just going to focus on the 48 played by cast members who have been listed in the main credits so far. If you don't like our list, Littlefinger will poison your wedding cake.