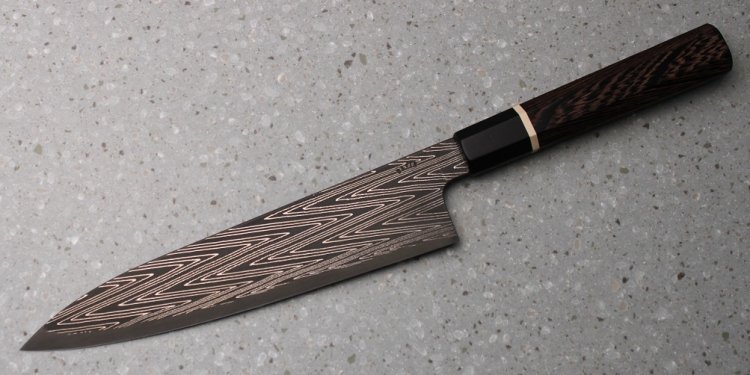 The pen may be mightier than the sword, but what about the camera? Where does it stand as an instrument of power? Watch this footage of the forging of a sword in 8K, and afterward you may look at the world—and its tool hierarchy—in a whole new way.

Seriously this video quality is sharper than Valyrian steel.

Created by Phil Holland, a director and cinematographer based out of Los Angeles, the above video showcases the stunning resolution of the RED Weapon 8K camera, which “features a mind-boggling 8, 192 x 4, 320, 35-megapixel sensor that can do up to 75 fps…” And all those millions of pixels have clearly, really clearly, come together to make for jaw-dropping image quality.

The subject of the video is master blacksmith Tony Swatton, who founded his Southern California-based business, Sword & Stone, over 25 years ago. And if there are any questions about Swatton’s astronomical level of sheer coolness based solely on his impeccable sword-forging skills, let the first image you see when you visit his site put your mind to rest:

For the blade brains out there, the featured sword is Swatton’s take on the Roman Gladius Sword, executed using Damascus steel. It was forged over several days, and as Holland notes, “the finish of the blade maintains a darkness, yet still captures a shine from the light.” It’s also definitely fit for a Lannister, as Swatton has provided metalwork for everything from to, as well as some of the weapons used for promotional work here in the states. Speaking of which, Game of Thrones shot in 8K? Now that would be bloody magical.

What do you think about Holland’s video shot in 8K? Have you ever seen footage this crystal clear before? Hammer out your thoughts in the comments section below!