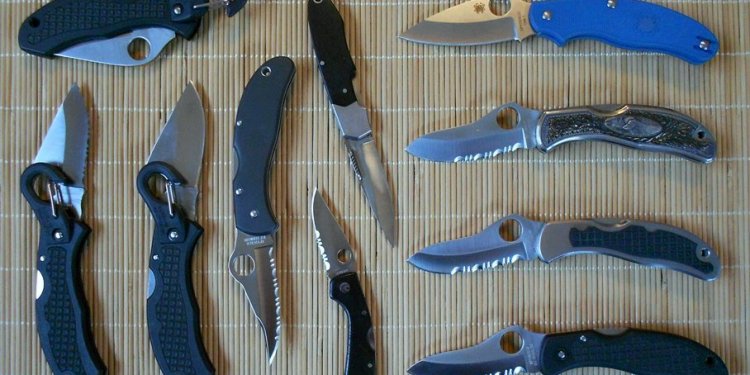 This site is not affiliated with the Spyderco Company but is maintained to support the community of Spyderco owners and collectors that enjoy owning the best engineered production knives in the world.

Sal and Eric Glesser in 2003 at the Oregon Knife Show

Spyderco was started by Sal Glesser and is located in Golden, Colorado. His son Eric is responsible for many of the new generation Spyderco Knife designs.

Since it began producing knives, Spyderco has been responsible for many of the innovations that today's knife users take for granted. Spyderco was the first company to make a one-handed opener, they introduced clips and put functional serrations on pocket knives. They were the first American company to make a linerlock. Their list also includes the first use of G-10, carbon fiber, titanium and integral clips. Spyderco was the first American company to use ATS-34, ATS-55, H-1, VG-10 and Powdered metals to the production knife world. They were first to use a laser to cut out pictures in a blade;(Q Knife). The "Q" knife was the first to use wire clips.

When you learn more about Spyderco you will realize why there knives are the most copied products today. You will also see that making a look-a-like copy with inferior materials makes for a product that can fail. This is because of inferior materials, poor-quality control, and lack of understanding of the engineering behind a real Spyderco. To have the blade-lock on a counterfeit fail and cut your finger is not worth the money saved.