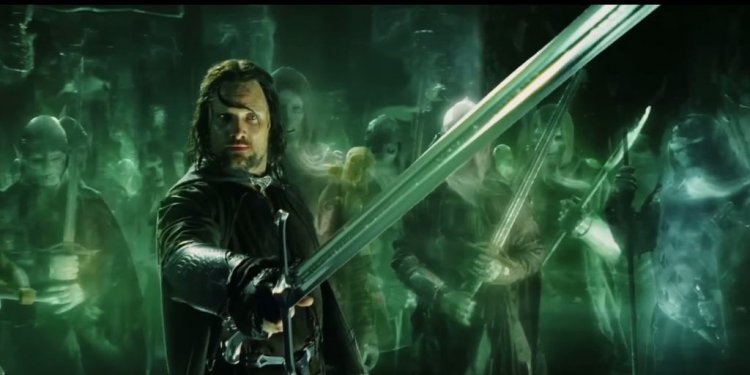 Lord of the Rings replica weapons

Looking for Replica Guns? Buying replica guns online can sometimes be tricky because of the dealers or collectors you visit. At Replica Dungeon we make sure to give you the best information we can while supplying the cleanest images so you can make a purchase you can be proud of. Our replica western pistols are perfect for Replica Sword Collectors and Civil War Weapons Collectors. We offer an exciting selection of quality replica guns, replica swords, and military swords and daggers. From Medieval Times to the Revolutionary War and the Civil War to World War II, our replica revolvers are made in Spain and feature real working parts. It's much more than our super prices and great service that keeps our customers coming back. We offer one of best collections of replica weapons that can be found on the Internet!

Blank Firing Guns- Blank firing guns are used for a variety of reasons. During movie productions, a blank firing gun is commonly used. These guns are also used at sporting events when a starter pistol is needed, and for training service animals. These guns come in a variety of different styles and weights, offering anyone that is looking a wide variety to choose from. While these guns are the blank firing replica, they look and feel identical to their traditional models.

Colonial Weapons- The Colonial years were a time of success and failure for many people. During this time, as the country was becoming established, there were many battles, the defending of families and the quest to maintain a steady supply of food on the table. These replica Colonial guns are designed to be an exact look alike to the real McCoy. This class of replica weapons include some historical favorites such as the Derringer, used to assassinate President Abraham Lincoln, the Kentucky Flintlock, a preferred favorite during the Revolutionary War and The Alamo and George Washington framed sets. These replicas make a great gift idea for those that appreciate the earlier Colonial times.

Flintlock Pistols- Flintlock pistols have made their mark in history. This pistol was used for personal use and as a military weapon. With a shorter range of accuracy, these weapons were commonly used in closer confrontations, and may have partnered with swords and daggers. Pirates often possessed flintlock pistols and used them while over taking ill-fated ships. Some of the replicas included in this historic pistol collection include Napoleons Flintlock, the Pirate Blunderbuss, the Kentucky Flintlock and the French Flintlock Dagger pistol, rumored to be the weapon of choice amongst pirates. Boxed and framed sets are also included in this collection. This collection offers a wide assortment of flintlock pistols that will appeal to even the worst pistol replica critic.

Modern Replica Guns- For the picky gun collector that hasnt quite decided what they are looking for, this collection is for you. This group of replica guns includes an assortment from small and compact, to large and powerful. If you are looking to grow an existing collection, or as a first starter piece; youve found the right place to be. This collection includes compact models such as the M1911 and the M92. While smaller in size, these models have a history of having long range accuracy. The larger models in this group include the Thompson Sub-Machine Gun, the MAC 11 and the M16. These replica guns have the same look and feel of the popular real life models.

Replica Western Pistols- It is no secret that the wild west was indeed wild. During the time of survival against indian attack, outlaws and disgruntled neighbors, a persons gun was often their best friend. This replica Western pistol collection contains the most popular guns from that era. Old time collectors will enjoy owning their favorite, perhaps they tell a story of memories from long ago. This collection contains replicas of pistols that once belonged to the great men of the Wild West, these include John Wayne, Billy the Kid, General George Custer, The Wild Bunch and Pat Garrett. This collection also features beautifully boxed collector sets. Own a piece of history and enhance any collection with one of these replica pistols.

Western Rifles- Back in the days of the Wild West, you would have to be insane to not own a gun of some sort. This collection of replica Western rifles does a fine job of bringing history into a home. These rifles played a key role in surviving animal and indian attack, protection from outlaws and as a way to hunt and kill the next meal. These rifles may be the non firing version, but they still hold the look and feel of the genuine model. This collection includes models such as the Kentucky Long Rifle, the 1866 Western Rifle and the classic John Wayne Stagecoach shotgun. There is also a variety of western apparel in this selection. Owning a piece of Old West history couldnt be any easier.