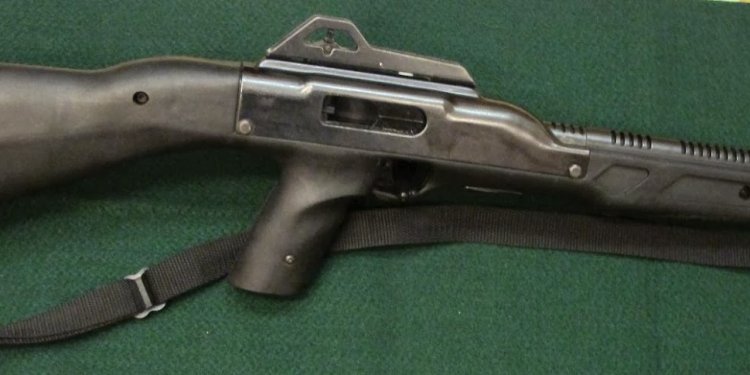 The State Department, which by law regulates trade in United States defense equipment, is weighing a proposal made last year by the Firearms Importers' Roundtable Trade Group, which is led by a top dealer in and collector of machine-gun parts and accessories. The group, set up in the wake of import restrictions by the Clinton administration, argues that the imports would be used by collectors, in shooting competitions or for other legitimate purposes.

A briefing paper prepared by the firearm importers says the guns ''are not crime guns'' or ''weapons of choice among criminals, '' an argument based on the group's analysis of crime reports by the firearms bureau.

But the bureau warned that the change could allow as many as two million weapons, many of them able to shoot the deadlier kinds of bullets, to enter the private commercial market legally for the first time. The bureau cited a recent report of its own that found that 7, 243 American-made weapons intended for military use had been used in crimes, even though it was unlawful to re-import most if not all of them.

John P. Malone, the assistant director for firearms and explosives at the bureau, cited this statistic two months ago when he wrote the State Department to oppose the proposal.

A department spokesman declined to discuss the proposal, saying it was still under review.

''It is a matter of interagency discussion, and it would be inappropriate to comment, '' the spokesman said on the condition of anonymity.

At issue are rifles and handguns sold to United States allies more than 50 years ago. The potential universe, a 1998 federal report says, includes more than 950, 000 Garand rifles, more than 1.2 million M-1 carbines and nearly 300, 000 M-1911 pistols. A firearms expert who supports the policy change estimates the market at 1.5 million, but says many of them may not be capable of being fired.

It is not known how many of the weapons still work.

The firearms trade group says ''there will not be millions of guns flooding the marketplace'' because ''market forces will control what is imported'' and there would be ''unusually lengthy'' reviews by the firearms bureau and the State Department. The group also says buyers would be subject to the ''same requirements that apply when purchasing other firearms, '' like background checks.

But Mr. Malone, in his letter to the State Department, said the group's proposal ''would open the United States commercial market to potentially 2.5 million new weapons'' which ''A.T.F. generally has no authority to control.''

Mr. Malone's letter was provided by an official opposed to the policy change.

The gun trade group was set up in 1994 after the Clinton administration imposed an embargo on the importation of firearms and ammunition from China. The group's goal, according to reports in the specialized gun trade press, is to open United States gun markets and provide as many choices as possible. Commercial manufacturers make firearms similar to the old military models.

The trade group's president is Charles Steen. A profile of Mr. Steen's company, Sarco Inc., in the magazine Small Arms Review, says the business, which is based in Stirling, N.J., and licensed by the firearms bureau, focuses on the accumulation or collection of surplus military material. The profile describes Sarco as ''the leader in machine-gun parts and accessories'' and ''arguably the largest dealer in surplus war material in the country.''

The trade group's lawyer is Mark Barnes, a leading firearms lobbyist in Washington. Mr. Barnes provided a copy of the trade group's background paper - which echoes its 2001 proposal - but Mr. Steen declined to be interviewed for this article.

After the Sept. 11 terrorist attacks, the proposal sat idle, but more recently the trade group has met with State Department officials, including once late last summer, a person who attended said.

On Sept. 10, Mr. Malone wrote to Lincoln P. Bloomfield Jr., the assistant secretary of state for political-military affairs, saying that the proposal would ''undo over 50 years of established policy governing the transfer and import of these weapons.''

Surplus military firearms have been banned from import under federal gun control laws. But in 1984, the Gun Control Act was amended to create an exception: firearms classified as ''curio or relics, '' which include weapons and ammunition more than 50 years old.

Foreign governments could sell to private entities if they could show ''significant public interest, '' including guarantees that the equipment would be used for its intended purpose, such as being placed on ''static display in a museum and demilitarized, '' Mr. Malone's letter said.