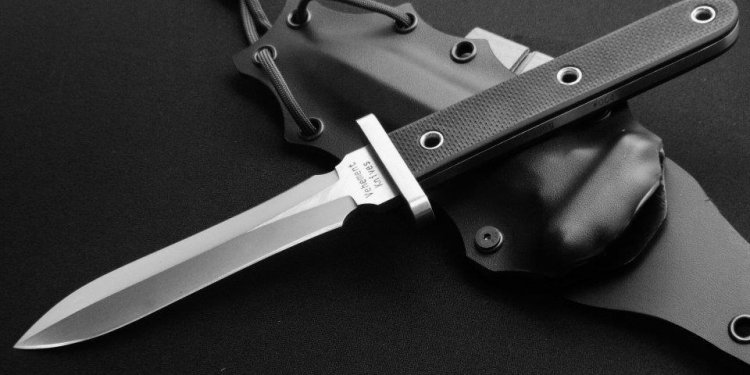 Daggers and Fighting Knives from Ur

Sheath pseudomorphs on copper alloy blades (B17506 and ) from Ur.
Over the past two months I’ve been examining metal tools and weapons from Ur and have now completed the analysis. The last few trays of objects were bladed tools and weapons such as axes, chisels, razors, and dagger/knives among others. Our database has created hierarchical categories of object types, and blades fall into the tool/weapon category. This category was created in order to take functional analysis out of our terminology; hence tools and weapons are grouped together because they could be used both in peace and war. According to our database we have 2262 tools/weapons recorded, 1629 are considered bladed, and 1/6th of those (268) are daggers/knives. Like the category tool/weapon, daggers and knives are combined into a single category because they are of the same shape and size, and their name depends on their use.

Since the hafts and coverings of most weapons and tools are made of wood or other perishable materials, they rarely survive in archaeological contexts, and this is definitely true at Ur. Perishable materials sometimes leave traces on the metal as it corrodes and these traces are called pseudomorphs. At Ur, the most noticeable psuedomorphs are of wood, but others are of reeds, textiles, or leather (For more information on pseudomorphs see Ur project blog from January 2015). In the Pennsylvania Museum, out of the 74 daggers/knives, 39 of them have pseudomorphs of organics. Two dagger/knife blades from the Penn Museum (B17506 from PG 181 and from PG 1324) have pseudomorphs in distinct patterns, possibly representing a sheath.

Woolley records fifteen possible sheaths of crossed reeds, all except one coming from the royal cemetery. Two of these recorded sheaths, U.8246 (B17506) and U.12300 (30-12-288), shown above, are pseudomorphs of reed, and the crossed pattern show that they were woven together. The gold blade from PG 580 (U.9361), has a gold sheath showing this intricate weaving. The original is located in the Baghdad Museum, but the Penn Museum has a copy.

Most sheaths would not have been made of metal, because of the expense of the raw material, but rather, would have been formed of reed, textiles, or leather. Contemporary artwork of the Ancient Near East, like the Ur-Nammu Stele (c. 2000 BCE), has little to no depiction of daggers or knives. The majority of weapons shown are spears, long handled axes, and bows and arrows. It has been hypothesized that daggers/knives were probably used as a back-up weapon, as they are not usually depicted in the hands of warriors. They were probably more of a utility tool, and used as a weapon in hand-to-hand combat. Later artistic representations, like the Ashur-Nasir-Pal II’s palace reliefs (c. 850 BCE) from the Neo-Assyrian Period (shown below), show daggers being worn at the waist, usually tucked into a belt or bandolier. This method of carrying a weapon exists through today in parts of the Middle East as evidenced by the photo of Mustafa Barzani taken in 1966. Possibly daggers/knives did not have sheaths as we think of them today, rather they had a light covering and were tucked into multiple layers of clothing. In any case, the pseudomorphs give us a better idea of what some sheaths may have looked like, and give us a point of reference for the gold sheath in PG 580.