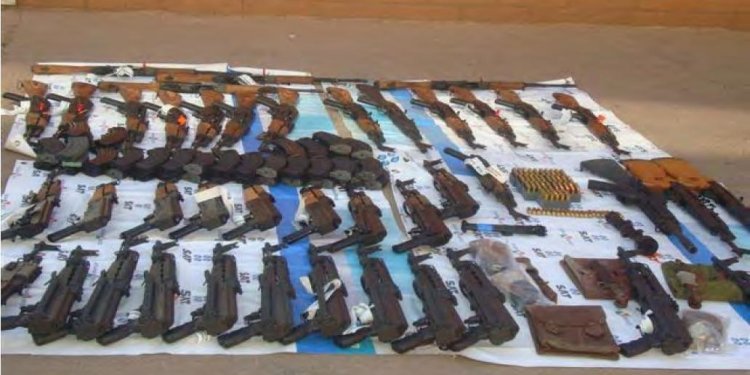 One of the frequent arguments made about China’s 20-year-long military buildup is that its locally produced weapons are better than they used to be. To a certain extent this is true, if hardly surprising. Relatively modern systems, such as the J-10 fighter jet, the Yuan-class submarine, and the Type-99 main battle tank, are certainly superior to the weapons systems they replaced, that is, the J-7, the Ming-class sub, and the Type-59 tank – all basically copies of Soviet weapons dating back to the 1950s. They could not help but be better.

At the same time, it is true that some current Chinese arms are highly competitive with their Western or Russian counterparts. These include unmanned aerial vehicles, anti-ship cruise missiles (ASCMs), shoulder-fired surface-to-air missiles, and lightweight trainer jets. But all this raises an important point: if Chinese weapons are supposed to be so great, how come hardly any other country wants to buy them?

On paper, China looks like a quite successful arms exporter. Last year, Beijing transferred nearly $2 billion worth of arms, according to the Stockholm International Peace Research Institute. Moreover, SIPRI data for the period 2011 to 2015 showed that China was the world’s third largest arms exporter, accounting for nearly 6% of the total arms market. This is nearly double what China exported during the period 2006 to 2010.

In recent years, Beijing has chalked up some impressive overseas sales, including deals to export eight Yuan-class submarines to Pakistan and three to Thailand. China has also sold tanks to Myanmar, ASCMs to Indonesia, and armed drones to Iraq, Saudi Arabia, the United Arab Emirates, Nigeria, and Egypt.

For the most part, these relatively few high-profile sales are the exceptions that prove the rule, which is that China is still pretty much a niche player in the global arms market. In the first place, it sells most of its weapons to a very few countries. In the last five years, for example, more than two-thirds (71%, to be exact) of all Chinese arms sales went to just three countries: Pakistan, Bangladesh, and Myanmar. The rest went mostly to a handful poorer countries in the African continent, particularly Algeria, Nigeria, Sudan, and Tanzania.

Secondly, most of what China’s sells is low-end kit: armored vehicles, small arms and ammunition, or fighter jets that are themselves copies of 50-year-old ex-Soviet designs – hardly cutting-edge stuff. One of Beijing’s biggest sellers, the K-8 jet, is a relatively unsophisticated subsonic trainer and attack aircraft, suitable mainly for developing countries lacking the money or training to operate advanced fighter jets. Overall, the kinds of weapons that China armaments are not really game-changers in the sense that they have a major impact on regional balances of power.

China’s position as a leading arms exporter remains tenuous, therefore. It may hold the number three slot in the global arms trade, but it was still far behind the United States, which has 33% of the global market, and Russia, (25%). In fact, China is only slightly ahead of France (5.6%), Germany (4.7%), and the United Kingdom (4.5%).

Moreover, China’s position in the global hierarchy of arms exporters has not been consistent. For example, according to SIPRI, during the period 2006 to 2010, China won just 3.7% of the total arms market, placing it sixth in overall weapons exports.

Herein lies the rub: in order to remain a leading arms exporter, China needs to come up with more competitive products. It needs more sales of more advanced types of weaponry – such as supersonic combat aircraft, precision-guided weapons, airborne early warning aircraft, and long-range air-defense systems. In particular, Beijing has won few sales for its most advanced fighter jets, particularly the J-10 and JF-17. The JF-17, for example, has so far been purchased only by Pakistan – and only because Pakistan is producing the plane jointly with China (not even the Chinese air force has bought the JF-17, in fact).

Few countries are lining up to buy other Chinese weapons systems, or, if they are, they’re throwing out Chinese parts and replacing them with Western systems. This is because China’s defense industry is still very weak when it comes to key technologies like jet engines and electronics. A 2013 New York Times article, for example, noted that Algeria acquired corvettes from China but subsequently outfitted them with French radar and communications gear. Pakistani JF-17 jets use a Russian engine, while Thailand turned to Saab of Sweden to upgrade its Chinese-built frigates.

China also needs to greatly expand its customer base. At present (and for the past 25 years or so), it has mainly sold military equipment to countries either too poor to buy Western or Russian armaments, or who are subjected to arms embargoes (such as Venezuela). Few wealthy, big-spending arms importers (such as the oil-rich Gulf states) are interested in Chinese arms. Iran used to be a major consumer of Chinese arms, but it has not placed a new order with Beijing in several years. Similarly, China has found few takers for its arms in Latin America, Eastern Europe, or Central Asia.

So we are back where we started: if current Chinese weapons systems are really that good, then why is their appeal so limited? Why is their customer base so small and so focused on just a handful of systems? In fact, one might infer from this that most Chinese arms, while certainly better than what they used to be, are still no more than “good enough for government work, ” and that other foreign weapons systems – Western, Russian, and Israeli – still outclass Chinese arms in most respects.