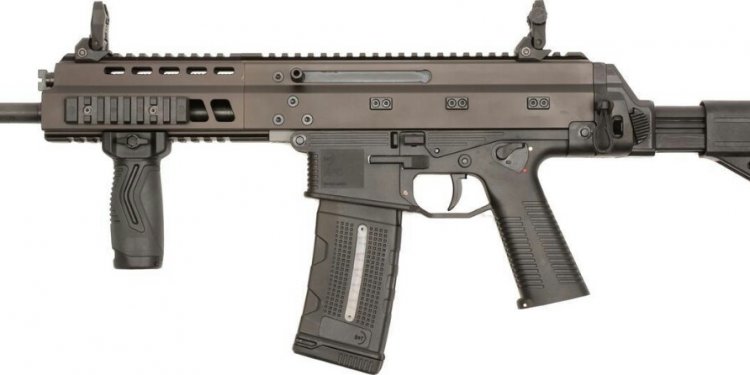 They've been in existence for more than a thousand years and have affected warfare - and society in general - in ways almost no other weapon can match. Guns nearly made technical expertise an afterthought on the battlefield, changed the faces of armies and prompted an era of combat at reduced cost.

It all started in China, where gunpowder was first created. In the ninth century, alchemists blended charcoal, saltpeter and sulfur into a powder called huo yao, which was used to treat skin infections [source: Kit Meng]. Armies quickly learned the powder could be used in bombs, mines and other weapons [source: McLean Brevard]. Gunpowder was transported to Europe in the 13th century, likely over the Silk Road trade routes through central Asia. Rival nations refined gunpowder recipes in the ensuing centuries before arriving at the optimum mixture: approximately 75 percent saltpeter, 15 percent charcoal and 10 percent sulfur [source: Nolan].

Historians typically recognize Chinese fire lances, which were invented in the 10th century, as the first guns. These bamboo or metal tubes projected flames and shrapnel at their targets. Cannons appeared in Italy around 1320, where they were modified as European nations waged many wars. By the 16th century, European firearms had become far more advanced - and far more deadly - than their counterparts in the East.

Though cannons boomed on the battlefield, the conservative military resisted the change that guns and other new technology represented [source: Nolan]. They had practical reasons to shun guns, too: Gunpowder was expensive, the operator was as likely to injure himself as his target and the weapons were so inaccurate that aiming them was pointless.

In the 15th century, the invention of the lock - the firing mechanism on the gun - made for the creation of the first reliable handguns. The first was the French arquebus, a short-barreled firearm held at the shoulder and small enough to be handled by one man. A gunpowder-soaked cord burned at both ends until it touched a pan of flash powder, which sent a half-ounce ball soaring toward its enemy. Still, they were cumbersome weapons that could only be fired once every two minutes. Even with advances in gun craftsmanship, archers continued to outnumber marksmen on many battlefields for centuries [source: Nolan].

Guns slowly replaced old-guard weapons, because they were more economical, rather than more lethal. Lifelong devotion was required to become a highly skilled (and highly paid) swordsman or archer, but a few weeks or months of training could turn a lower-class soldier into a skilled gunner. "Guns de-horsed the aristocrats, " says professor Cathal Nolan, military historian at Boston University [source: Nolan].

Besides increasing the field of soldiers, guns have had far-reaching influence on the nature of armed combat, from the distances at which dueling armies engage one another to the types of wounds soldiers incur. Only the horse - which dominated battlefields for millennia - has proven more important than the gun, says Nolan. "Until we got to atomics - to weapons that obliterate entire armies and countries - all war centered on gun and gunpowder tactics."