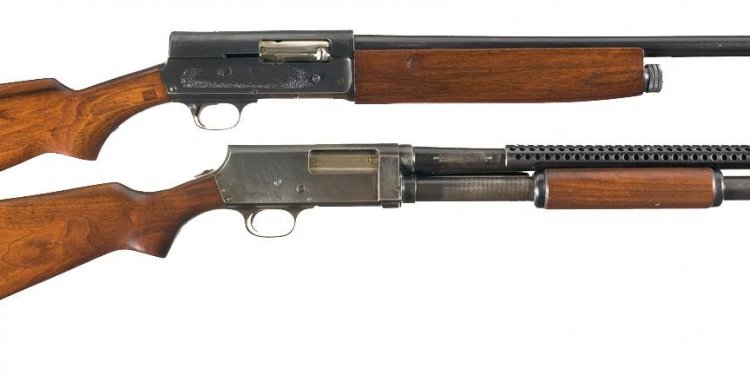 First of all, to my knowledge the Marines did not fight at all in Europe in WWII. However, in WWI, in the trenches, they did, and they used shotguns for close combat (as did Army NCOs). As others here have noted, the shotgun is a short range weapon, but it is devastating close in. In the jungle, most combat occurs at extremely short range because the thick foliage makes it impossible to engage targets at a distance. For that reason, Marine raiders, the predecessors to modern Force Recon units, also preferred the M1 carbine for jungle fighting over the far more powerful M1 Garand. The carbine, like the shotguns used by the Marines, was light and created a traumatic cavitation wound at short range, although, like the shotgun, it was not effective at greater distances.

In Europe, the expectation was that most combat would occur at distances beyond the effective range of a shotgun. There were times when this was not so, of course, but you arm your soldiers to make them as efficient as possible most of the time, not for the occasional house-to-house fight or close quarters battle. And of course, with submachine guns, there were soldiers in any squad that possessed that capability.

It should be noted that the British also employed shotguns against the Japanese in jungle fighting, and developed tactics as a result of lessons learned during WWII for the Communist insurgency in Malaya following the war. In that conflict, the British found it far more effective to arm jungle fighters with a mix of shotguns and submachine guns than with bolt action rifles. American soldiers and Marines also utilized shotguns in Vietnam, but the introduction of the assault rifle gave the average squad so much more firepower, especially at short range, that the need to mix weapons (i.e., shotguns and carbines, shotguns and submachine guns) less necessary.