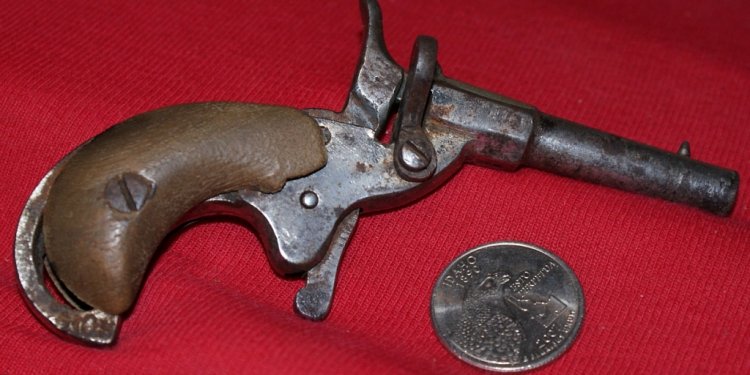 Old Guns is a Minutemen main quest and achievement/trophy in .

This quest can be received from Preston Garvey in Sanctuary at a certain point in the game. Alternatively, a few days after securing the castle, one will be approached and engaged in conversation by a woman named Ronnie Shaw, or by listening to Radio Freedom. She tells of the old Castle's untapped armory. After some dialogue, the Old Guns quest will begin, and Ronnie will lead to a large hydraulic steel door within the Castle, she will say that this door is not accessible and the player character will need to find another way around. Ronnie then leads them inside the Castle's halls into the old general's office where a hallway (now blocked by rubble) leads to the armory.

Ronnie Shaw will ask to clear the rubble. Using the workshop, the Sole Survivor can clear said rubble and gain access to the lower tunnels leading to the armory. This is done simply by scrapping the rubble in workshop mode. Inside are a few rooms with general junk and a shelf with ten cannonballs for the . There are also some minor defenses-mines and a single level-dependent turret. This initial area has some environmental radiation. Just beyond, across from the chemistry station is a power generator with a fusion core.

Guarding the far entrance is a heavy sentry bot called Sarge. Once the bot is destroyed, Shaw will gain access into the next room where General McGann's body is found and a computer containing his last entries. The next door leads to the West Bastion.

Shaw will access a terminal that will open the armory. Inside is an array of plunder, including an artillery schematic and some artillery smoke grenades (inside a yellow ammo box container on the metal shelf), which are needed for the next part of the quest. After taking the schematic, it will add an artillery piece to the workshop under a new Special category. Speak to Ronnie and she will ask to build the artillery piece. Place it (some pre-existing spots exist on the walls if preferred) and assign a settler to them. After doing this, speak to Ronnie again and she wants to test the new artillery.

Shaw asks the Sole Survivor to keep the Minutemen radio station on (Radio Freedom), (this is an optional task) and to throw a grenade into the test site (shown on the compass, and with a quest marker). If the have the radio station on, the Sole Survivor will hear Ronnie speaking on it. On approaching the test site, throw an artillery smoke grenade into the site and step back. After a few seconds the guns will fire and Ronnie will say the test was a success. After this, speak to Preston Garvey and complete the quest.

Stage Status Description Log Entry 50 Quest active - Meet Ronnie at Castle Someone named Ronnie Shaw has arrived at the Castle looking for me. I should find out what she wants. 200 Gain access to Armory Ronnie Shaw told me that the Minutemen's armory was located in the west bastion of the Castle. It still might contain a lot of useful weapons and supplies, if we can find a way in. 300 Objective clear the rubble 400 Rubble cleared 450 Explore the passage. 460 Start of fight with Sarge Sentry Bot. 470 Sarge Sentry Bot defeated. 480 Ronnie has just opened armory door 540 Told to collect schematic and flares Ronnie Shaw and I managed to get into the old armory at the Castle. It contained schematics and supplies for building artillery, which would be a huge boost to the hitting power available to the Minutemen. 570 Talk to Ronnie 600 Build artillery 800 Head to test fire location 805 Listen to radio 820 Throw smoke grenade 920 Artillery test done. Artillery strikes now available to be called from settlements.I've built and successfully test-fired the artillery at the Castle. I can now call in artillery fire from nearby batteries with the smoke grenades from the Castle armory. 950 Talk to Preston 1000 Quest finished Quest Complete
Source: fallout.wikia.com