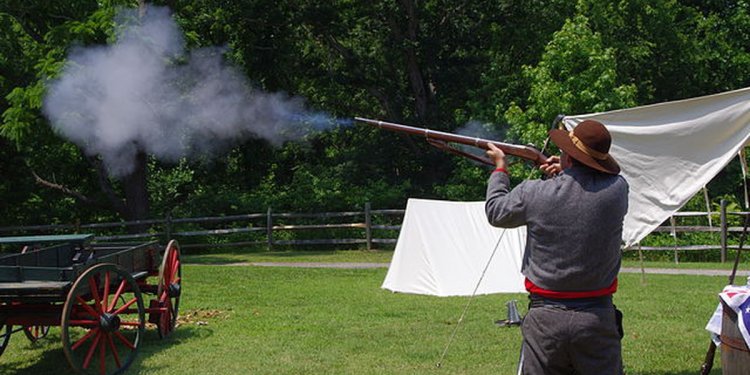 Do you love guns? Would you love to own a gun stock?

I've been investing in the stock market for about two decades now. Here at The Motley Fool, I've been .

Times change, however, and today, we've got three gun stocks to watch. But before I tell you about our mysterious third firearms candidate, let's cover the usual suspects, beginning with...

As for its stock, a share of Smith & Wesson will set you back about $27 today - roughly 13.5 times earnings. The stock pays no dividend, but is growing earnings at 15% annually. As such, it appears undervalued for its growth prospects, with a PEG ratio of 0.9. Moreover, while Smith & Wesson carries a modest debt load, the company currently boasts more cash than debt on its balance sheet. Arguably, this makes the stock even cheaper than it looks.

Unlike its publicly traded archrival, Sturm, Ruger does not publicly claim any particular market share (at least, it discloses none in its 10-K filings with the SEC). That said, if we take Smith & Wesson's estimates of market sizes as a given, then the $305.5 million in revenue that Ruger collected from sales of pistols and revolvers (collectively, "handguns") in 2015, and the $208.5 million it took in from rifle sales, imply Ruger has a 14% share of both markets.

Thus, it appears that Ruger doesn't lag Smith & Wesson much in the handguns market, and is beating it soundly in long guns. On top of that, Ruger stock is debt-free, cash-rich, and currently pays a 3.5% dividend. If getting a steady income from your investments appeals to you, this alone could make Sturm, Ruger a stock to watch.

Valuation-wise, Sturm, Ruger stock doesn't cost much more than Smith & Wesson. While its stock price appears more expensive at $55, that price works out to just 14.1 times trailing earnings. (On the other hand, no analysts have published growth estimates out for Ruger, which complicates the task of saying whether "14.1 times earnings" is cheap, or expensive).

And now for the stock you've been waiting for. Opening Door No. 3, we find ourselves outdoors - or more precisely, at Vista Outdoor .

The culmination of a long series of transactions that began with Alliant TechSystems' acquisition of long guns manufacturer Savage Arms and optics specialist Bushnell Group in 2013, then continued when Alliant merged with Orbital Sciences in 2014, and concluded with a spinoff of the firearms business in 2014, Vista Outdoor has become our third stock to watch when investing in guns.

Vista boasts that it controls "the No. 1 sales position in the U.S. markets for ammunition, riflescopes" and ... golf rangefinders. Vista does not, however, affix any particular percentages to this "No. 1" position. Significantly, neither does it make any claim to being in the running for No. 1 in the manufacture of actual guns.

Valuation-wise, the stock sells for $37 and change. This gives Vista Outdoor stock the priciest P/E ratio of the three stocks discussed so far - 16.3 - and this stock pays no dividend. On the other hand, with an earnings growth rate projected at 25%, Vista appears to be the fastest grower of these three stocks, and so just might deserve that high P/E ratio.

The upshot for investors
Priced at a PEG ratio of only 0.9, Smith & Wesson stock appears fairly priced today. Priced at a PEG ratio of just 0.6, however, Vista Outdoor is even cheaper. So the upshot is that, if we were to list America's three big publicly traded gun stocks in order of attractiveness for investment, Vista Outdoor would place first, Smith & Wesson second, and Sturm, Ruger last - at least, until we get a better handle on its growth rate.

Rich Smith does not own shares of, nor is he short, any company named above. You can find him on CAPS, publicly pontificating under the handle TMFDitty, where he's currently ranked No. 280 out of more than 75, 000 rated members.