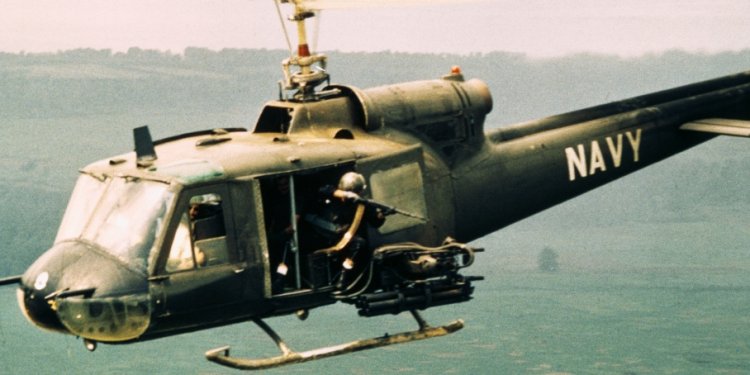 With tensions flaring between Saudi Arabia and Iran, the specter of a war between the two powers is once again on the rise.

In recent days, Saudi Arabia has severed diplomatic ties with Tehran after Riyadh’s embassy was set ablaze on Saturday by an angry mob. The protesters were enraged after Saudi Arabia executed forty-seven prisoners—including a top Shia cleric by the name of Sheikh Nimr al-Nimr. The cleric—who had been arrested several times—often called for the Eastern Province to secede from the kingdom.

However, al-Nimr’s execution has exacerbated tensions in the region between Riyadh and Tehran. That’s because the ruling House of Saud has positioned itself as the champion of Sunni Islam while Iran is a Shia-majority country that has made moves in recent years to increase its influence in Iraq and Syria. If it comes to a war between the two rival powers, Riyadh’s wealth and close alliance with Western powers has seen to it that Saudi forces are lavishly equipped with some of the best weapons money can buy.

Given its vast oil-wealth, Saudi Arabia has bought some of the most advanced weapons in the world. Nowhere is this more visible than the Royal Saudi Air Force (RSAF), which operates top-of-the-line fighters including a large fleet of F-15s—both the C/D air-to-air version and the multirole Strike Eagle variant.

RSAF currently operates a fleet of eighty-six F-15C/D Eagle air superiority fighters—which are more than a match for anything Tehran has in its inventory. But Saudi Arabia also has seventy F-15S Strike Eagle multirole fighter-bombers—which can hit targets deep inside Iran.

But those Strike Eagles are soon to be upgraded to the advanced F-15SA standard, which includes a new APG-63 (v) 3 active electronically scanned array radars, new electronic warfare systems and other new sensors. The modified jets will also receive a new fly-by-wire control system that will enable the Eagle’s long dormant outer wing weapons stations to be activated.

The RSAF is also in the process of adding eighty-four new-build F-15SA Strike Eagles to its fleet.

It’s not clear how many of Saudi Arabia’s Typhoons have been delivered. But most estimates suggest that more than half the contracted number of jets have entered service with the RSAF. Unlike most previous contracts with the Saudi kingdom, the majority of the aircraft are being assembled locally from kits.

The Typhoon would be able to complement the RSAF’s F-15 fleet during an active conflict with Iran.

Like its air force counterpart, the Royal Saudi Land Forces are lavishly equipped. One of its most potent weapons is the powerful Boeing AH-64D Apache helicopter—of which Saudi Arabia has eighty-two.

The Apache was originally designed in the late 1970s for the U.S. Army to blunt a potential Soviet armored offensive in central Europe. During the first Gulf War, the original AH-64A devastated Iraqi armored forces. But the helicopter did not perform quite as well during the 2003 invasion of Iraq.

Saddam’s forces had adapted. An Apache battalion was badly mauled during an encounter with the Republican Guard’s Medina division—losing one Apache outright, while the rest of the unit was severely damaged.

Nonetheless, the Apache was an invaluable tool during the occupation of Iraq—and continues to operate there in the fight against ISIS. Used properly, the Apache is a formidable weapon against enemy ground forces.

Saudi ground forces are also equipped with the powerful M1A2S Abrams main battle tank. While not equipped with depleted uranium as part of their armor matrix like U.S. Army tanks, the Saudi’s Abrams are formidable tanks. Indeed, the Saudi tanks are very similar to the U.S. Army’s M1A2 SEP standard—which means the vehicles feature advanced information and networking systems.

Overall, the Abrams is more than a match for any tank Iran can field. If the Abrams has a weakness, it is its fuel hungry and maintenance intensive Honeywell AGT1500C gas turbine engine that delivers 1, 500 shp. The tank’s power to weight ratio is about 23.8 hp/t.

Saudi Arabia has about 442 Abrams in its inventory.

Based on DCN’s La Fayette-class, Saudi Arabia’s thee Al Riyadh-class frigates are designed to for anti-air warfare and are about twenty-five percent larger than their French progenitors.

The ships carry a pair of eight-cell vertical launch systems for Aster 15 surface-to-air missiles, which can attack aircraft at ranges of about 20 miles at altitudes up to 50, 000 feet. The vessels also carry eight MBDA Exocet MM40 Block II anti-ship missiles.

An Oto Melara 76/62 canon and pair two 20mm guns round out the vessels’ anti-surface armament. Anti-submarines weapons include the DCNS F17 anti-submarine torpedo.

The ships are heavily armed for their 4, 500-ton displacement, but have a maximum speed of about 24.5 knots.

Dave Majumdar is the defense editor for the National Interest. You can follow him on Twitter: @davemajumdar