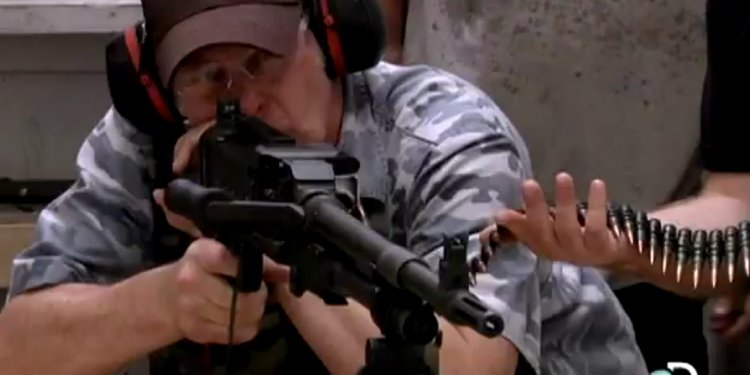 National Rifle Association board member Ted Nugent responded to backlash over his posting of an anti-Semitic image on Facebook by calling Jewish people who support gun safety laws "nazis in disguise."

On February 8, Nugent shared an image on Facebook headlined, "So who is really behind gun control?" with Israeli flags next to the faces of 12 Jewish American politicians and gun violence prevention advocates. Some of the pictures featured descriptions such as "Jew York city mayor Mikey Bloomberg" and the accusation that deceased former U.S. Sen. Frank Lautenberg (D-NJ) "Gave Russian Jew immigrants your tax money":

Nugent was criticized by civil rights group the Anti-Defamation League (ADL), which described Nugent's image as "conspiratorial anti-Semitism." He was also denounced by the Simon Wiesenthal Center, with Associate Dean Rabbi Abraham Cooper stating, "Ted Nugent has every right to advocate against gun control laws.

However he won't be getting a free pass for his anti-Semitic bigotry."

Nugent responded to backlash with a subsequent Facebook post where he asked "What sort of racist prejudiced POS could possibly not know that Jews for guncontrol are nazis in disguise?" Responding to the charge that he is an anti-Semite, Nugent wrote, "Meanwhile I adjust my yamika at my barmitzva playing my kosher guitar":

Nugent made another inflammatory Facebook post on February 8, suggesting that America is on the path to a genocide similar to the Holocaust. His post included an image of Jews being rounded up by Nazis with his comment, "Soulless sheep to slaughter. Not me."