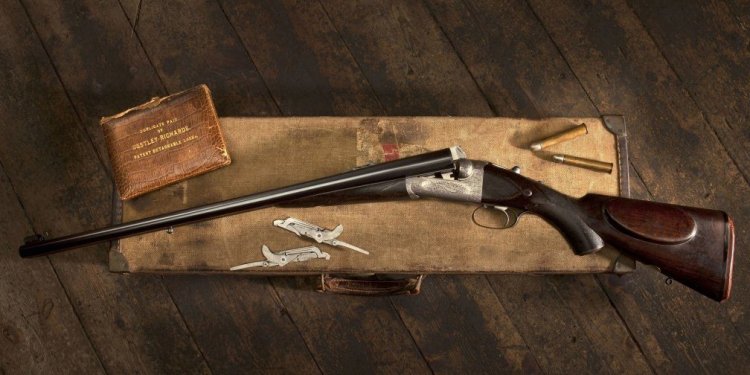 
Claim: Photographs show a collection of guns kept in the basement of actor Charlton Heston's home.

Look what the late Charlton Hesston had in his basement.

Wow, what a collection!
No wonder he was the leader of the US. National Rifle Association.


Even with lots of money you have to leave your toys behind.

Origins: Given the tendency for people to attach urban legend-like stories to the best known exemplars of their subject matter, it's not surprising that photographs of a large gun collection would end up being associated with Charlton Heston. The Academy Award-winning actor was a staunch public proponent of gun ownership rights in his later years, he served five terms as president of the National Rifle Association (NRA), and his name was much in the news (because he had recently died) at the time these photographs began circulating. Hence the claim that the extensive gun collection pictured in the above-displayed photographs was stored in the basement of a home Heston owned (and was presumably photographed after his death as part of the process of inventorying his estate).

However, Mr. Heston had no such gun collection or gun vault in his home. The collection shown here is often claimed to be that of Connecticut resident an attorney and active gun collector who belonged to several military- and firearm-related organizations and who also served on the NRA's board of directors, or Robert Starer, past president of Ramo Corporation, who is the proprietor of Historic Arms Corp. of Cape Charles, Virginia, but inquiries to representatives of both produced negative responses.