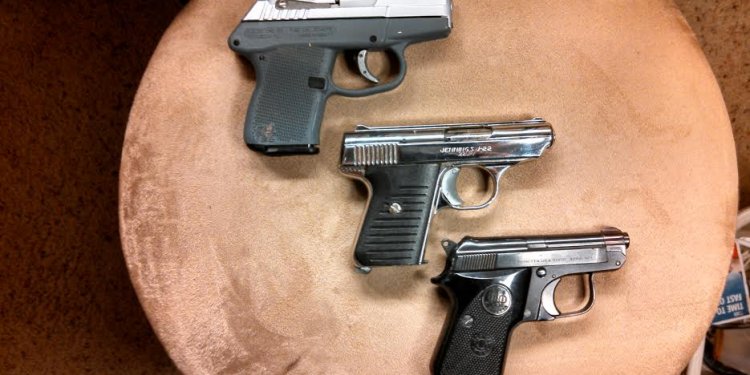 Oregon shooter Chris Harper-Mercer was a 'paranoid' and 'childlike' character who circled his neighborhood on a bicycle and 'freaked out' at the smallest things, former neighbors in Torrance said

She continued: 'And when the mood strikes, and as long as we're tossing around brand names, I sling an AR, Tek-9 or AK over my shoulder, or holster a Glock 21 (not 22), or one of my other handguns, like the Sig Sauer P226, and walk out the door. I find the shotguns are a little too cumbersome to open carry.'

Gunman Harper-Mercer was a 'paranoid' and 'childlike' character who circled his neighborhood on a bicycle and 'freaked out' at the smallest things, former neighbors of the mass killer revealed.

In one incident the he threw a fit when he suspected someone had slashed the tires of his bicycle. He 'freaked out like it was the end of the world' and screamed profanities at the top of his voice outside his apartment block in Torrance.

Former neighbors also believe they saw the gun enthusiast carrying a small Smith & Wesson handgun case just before he moved out of the small apartment two years ago.

Former neighbor Reina Webb, 19, told Daily Mail Online: 'His main thing was using his bike. He rode it everywhere. It was a red cruiser. He was well known locally because everyone knew he had that bike.

Lists of South Bay graduates from 2009 published in the Daily Breeze showed Harper-Mercer graduated from the Switzer Learning Center in Torrance with four other students. Switzer teaches students with learning disabilities and emotional issues

'There is a bike lot underneath my window where he would lock his bike. One day, someone had either slashed his tires or the tires had popped. He was screaming, 'F***, f***, f***. Yelling and having a fit. I could hear him say, "Mom, they've cut my tires". He was freaking out like it was the end of the world.

'But he would get that upset. After that, his bike didn't move for ages. It was just locked up at the bike rack.'

Harper-Mercer formerly lived in the South Bay and attended a school for teens with emotional disabilities.

Neighbors recalled him being 'strange' with 'no friends'.

Reina said: 'One of my neighbors said they once saw him carrying a gun case.

'A small one, for a handgun, like a Smith & Wesson. Thinking about it, I did see him carrying a case around on a couple of occasions but I don't know what it was.

'He had no friends. No one came to visit him. 'He would just bike around the neighborhood by himself. His mom was a real nice lady. An African-American lady. She was a nurse. She was friendly and sociable.'

Reina described Harper-Mercer as 'childlike' and said he would throw temper-tantrums to get his own way.

'He was a grown man but would act very childish.

'He would have temper tantrums and fits if he didn't get his own way. He always wore combat boots, cargo shorts and T-shirts, too. Always the same outfit. It was a very military-type style. Camo or beige. His shorts would have a bunch of pockets.

'I always thought he was 'special needs' or something because of his off behavior. He never used the swimming pool here, either. Never.

'I always thought that was strange because when it's hot, it's really hot and it's the best thing to cool down.'

She said of the college massacre: 'What's happened is a total shock. We would never have expected this.'

Reina's friend, Jason Lee, also 19, said of Harper-Mercer: 'He was a shaky kind person. He was almost too quiet. We never expected this.'

Another neighbor, Julia Winstead, 55, said: 'His mom started a petition just before they left to get rid of cockroaches in their unit.

'She said the 'roaches were really worrying her son. His mom said they were going to move into a motel because of it.

'I also heard he had a big fallout with the people next door in unit ten who have since moved out. He was always complaining about the noise from their TV. He was quite a paranoid character. It's really scary knowing he lived just downstairs.'

Another former neighbor of Harper-Mercer and his mother told how she used to hear them having furious arguments.

The neighbor, who did not want to be named, said: 'He was a quiet boy, he was always alone. But I would often hear him and his mother having really angry rows.

'They would shout at each other for a long time, maybe an hour. I never knew what it was about. Sometimes it was very loud.

'I remember once she bought him a bicycle as a present, too, which he used to keep under the stairs. I got the impression he was lonely.'

Lists of South Bay graduates from 2009 published in the Daily Breeze showed that Harper-Mercer graduated from the Switzer Learning Center in Torrance with four other students.