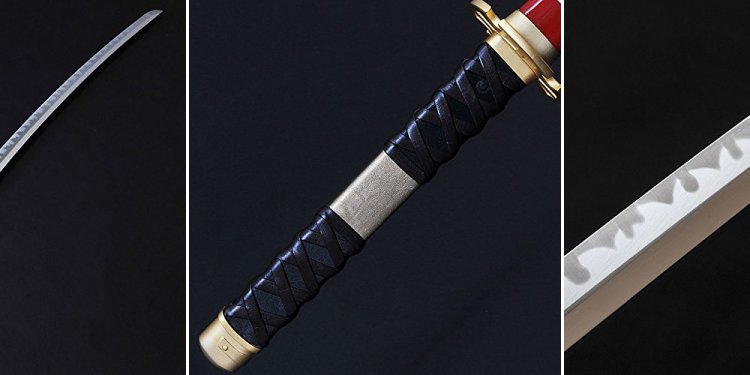 Everyone has that one anime that draws them in, not only for their awesome characters, but also for their weapons. From dual blades to ones composed of spiritual energy, from a simple straight blade to a thick slab of iron, let's explore these anime swords and their extraordinary strength.

Kirito from Sword Art Online (SAO) has the unique skill set of wielding two blades at the same time. This dual action opens up a whole different realm of sword skills that Kirito can execute, especially since the skill set has more than twenty different techniques to explore. In SAO wielding dual blades is only awarded to the player with the fastest reaction time.

Not only is the anime called Claymore, but the name of the type of sword is claymore too. These anime swords are massive, double-edged, and have a sharpened hilt. Claymore comes from the Scottish Gaelic term “claidheamh mor, ” which translates to “great sword.” Each of these anime swords is customized with their owner's symbol at the base of the blade.

Murasame, or the one-cut killer, is a long katana wielded by Akame. This anime sword can kill with the lightest prick of the skin, since its blade is poisonous. You know this blade is serious business when Akame exercises caution even when cleaning the blade. As a trump card, the user can cut themselves, and if they survive the poison, their speed and strength are enhanced.

Rin Okumura wields the demon slaying sword Kurikara, which also contains his sealed away demon heart and powers. When unsheathed, the sword unleashes Rin's demonic powers, and when sheathed they are sealed away. The less control Rin has over his powers, the more he turns into a demon. With the power of one of the greatest anime swords ever, Rin is sure to never let go of the Kurikara.

The Tessaiga is one of the most famous anime swords on this list, made out of Inuyasha's father's tooth. At first it looks like any ordinary katana, but when wielded properly, it transforms into a massive blade. Its two famous offensive attack specialties are 'Wind Scar' (Kaze no Kizu) and 'Backlash Wave' (Bakuryuuha), with each technique able to vanquish multiple demons at once. As a side note: the sword will only transform if the wielder cares for humans and has 'yoki', or demonic energy.