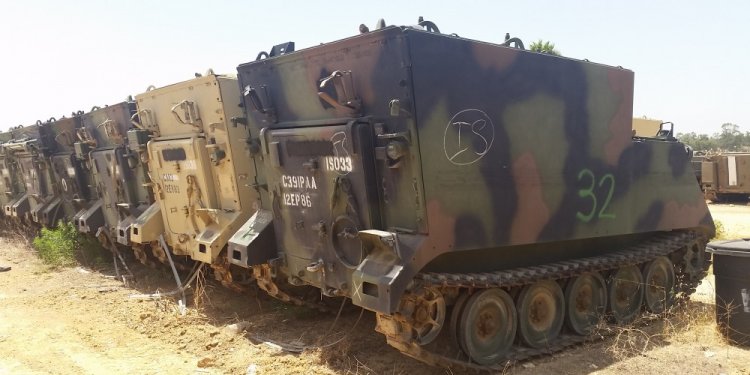 "It slipped in under the radar but, yes, it's true, " a congressional staff member told AMI. "The President signed a law to sell real military weapons to the American public."

This does not mean that eager private armorers now can shop for missiles, tanks, and machine guns at the local hardware store. The sales approved by President Obama are limited to M1911 handguns, a firearm that first was used in combat during World War I. The handgun, versions of which still reportedly are used by some police and special military units, is venerated among collectors and enthusiasts.

The sales to civilians are allowed by a provision of the 2016 National Defense Authorization Act (NDAA), signed by the President in November. The provision allows 100, 000 military surplus M1911s to be sold to civilians, at the rate of 10, 000 per year.

The law directs that the weapons be sold via the Civilian Marksmanship Program, a federally chartered 501(c)(3) corporation dedicated to firearms training and safety and that holds marksmanship competitions.

Anyone wishing to buy a surplus M1911 must be a member of the CMP, and must meet certain requirements related to responsible ownership of a firearm.

The overall bill that allows the sales first was rejected by President Obama, who negotiated with Congress over other measures he did not want in the bill. Shortly after signing the bill in November, Obama explained that when Congress changed certain provisions, the President found the bill acceptable.

When citing various items he liked in the bill, he mentioned benefits and compensation programs, but did not reference the 100, 000 M-1911s.

The sales policy seems at odds with an earlier White House push to keep military surplus weapons "off the streets."

In August 2013, the President issued an executive action to ban surplus firearms from being reimported from abroad and sold to private entities.

In an announcement dated Aug. 29, 2013, the White House outlined the process by which American military firearms that are sold to foreign allies could be re-imported back to the United States. The White House stated that, henceforth, there would be "a new policy of denying requests to bring military-grade firearms back into the United States to private entities, with only a few exceptions such as for museums."

The announcement further stated: "This new policy will help keep military-grade firearms off our streets."

That law did not appear to address the ongoing sales of surplus military rifles to the public, also conducted via the Civilian Marksmanship Program.

For a number of years, the CMP has sold vintage rifles, such as the M1917 Enfield, used in World War I, and the M1 Garand, which saw service in World War II, Korea, and Vietnam.

"Those weapons can be considered antiques, but they were effective in combat, and they're effective now, " the congressional staffer said.

Stemming gun violence has been a continuing theme of the Obama administration. Earlier this year, White House press spokesmen Josh Earnest talked to reporters about the need to address gun violence.

At one point during those remarks, delivered in January, Earnest raised the possibility that illicit gun transactions could be conducted by people pretending to be hobbyists. However, Earnest did not mention that the Administration had authorized the sale of 100, 000 military weapons to civilians.

Although widely reported within the gun community, the provision to sell the surplus handguns largely has escaped notice by mainstream America.

At the moment, though, anyone wanting to buy one of the surplus weapons must wait.

"We know about the measure, but we don't have any more information, " an employee of the CMP said. "We don't have the guns."

"The NDAA 2016 has been signed into law, and we have no further information concerning the status of the 1911s at this time, " reads a statement on the program website from Mark Johnson, its chief operating officer.