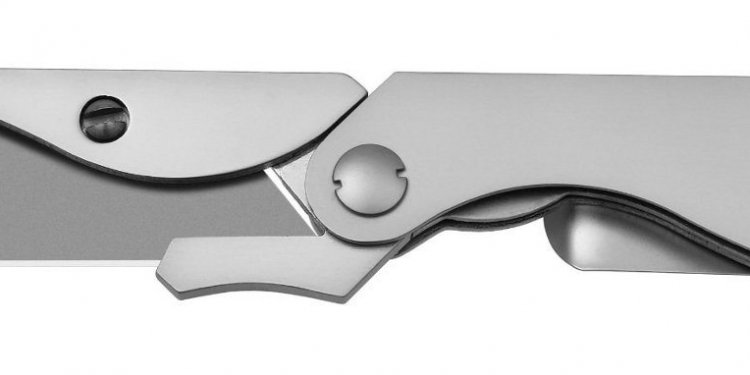 It's a shame because the knife looks great, feels great, and the handle and locking mechanism are solid.

Unfortunately, the blade is very loose and wobbly. It came out of the handle and got stuck in the box I was cutting three times on one box. Too bad.

I think that the blade is only being held in place by one pin, even though the blades have two notches available to secure them in place.

Disappointed in the blade security. I prefer other styles that secure the blade with a small screw. The supposed quick blade change does not overpower the fact that one can accidentally open and dislodge the blade so easily while using.

DON'T buy I will be back after I modify my Youtube video to post a link exposing gerber for the poor quality they are guilty of.

Love em. Been using my super knife everyday for 6 years for work. After a week of learning to not cut with my fingers next to the blade which pops the blade. It's been great and has outlasted all previous blades

Great quality utility knife for opening packages, but do now try to cut cardboard with this. The blades will get stuck and get dislodged from the knife, the locking mechanism just can't handle that kind of workload. I use the gerber eab and eab lite, so thought this knife was going to be awesome w/ quick release, though I got it cause the metal straight edges of the eab were just very painful on the hands after a few boxes, this knife has great comfort, if it gerber would just switch out the spring lock for the screw in the eab and eab lite, and we will have a winner.

this is the super knife that i discarded due to the blade becoming disconnected from the handle in cardboard. if gerber ever sell the super knife roundel buy one for each day of the week

The Gerber Edge is a quality piece of hardware, solid construction and an easy to hold handle.

The "hands free" quick release blade mechanism is an unlisted surprise feature that really adds to the uniqueness of the Gerber Edge.

Definitely worth the materials it is made from, but not much else.

As near as I can figure, the patent for the original Superknife was purchased by Gerber. As the proud owner of one of those original blades, I was hoping that Gerber would continue the line with the exceptional quality I had become used to with my Superknife. In fact, my only complaint with that original knife was that the non countersunk screws were actually tearing up my pocket. Take off the pocket clip, problem solved.

Moving on to the Edge; while the quality of the construction seems solid enough, my largest complaint is that the Edge is COMPLETELY unusable as a knife (though it makes a great paperweight). The reason for this is the action of the spring lock mechanism on the blade release is so touchy that in most cases you do not even need to press the button down in order to jimmy the blade out of the holder. In point of fact, when cutting off the tops of cardboard boxes, I usually have to reset the blade after every box. On one in particular, I actually had to reset it five separate times.

If Gerber could re-issue this knife with some sort of a locking mechanism for the blade release, as well as making the release somewhat more robust, I could see the Edge becoming a VERY popular utility knife. As it currently stands, however, the Edge isn't even worth the sum of it's parts.