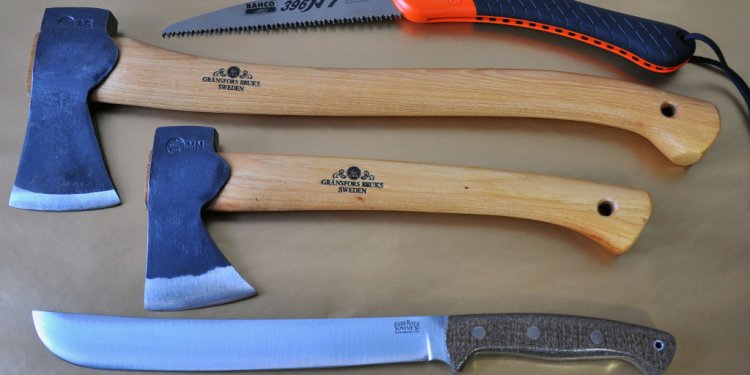 To all of those who do not like the serration section do the simple thing and grind them out to get what you want. All in all this is a fantastic tool and the serrations serve their function very well. Gerber has always made great knives. I have skinned many a whitetail with my Gerber 650 Alligator. Don't you just detest the whiners?

So I had a little chuckle at another comment here saying that it's "impossible" to field sharpen the serrated edges. Obviously that reviewer doesn't know how to sharpen knives what so ever.

Anyways this blade is easy to sharpen from tip till the final edge on the serrations. I have yet to see this knife fail in anything that calls for a knife. Batoning, cutting, incising, chopping, rock or glass breaking, fire starting, coconut cracking to shell cracking and fine whittling. This blade can do it all. This blade has saved my life on more than one occasion. I'm still here thanks to my Gerber LMF 2. Keep it coming Gerber.

Congratulations on CONTINUING to put IMPOSSIBLE to field sharpen serrated edges on a fixed blade NOBODY WANTS because of it! Wake up, Gerber!

I have had this knife in the past. Liked everything about it. I would buy another one if it was made with 154cm steel. Rather that than 420hc.

Great knive have 2 my son and i.. does everything you want it to do splitting wod opening cans starting fires tinker kindling splitiing wood... Wont use any other

best survival, tactical, and bushcrafting knife I have ever had it can take a major beating I take it and my FLIK every where I go!

can you offer the LMF in a fine edge? it would be less manufacturing on your have and more satisfaction on our half.

Why are so many of your blades serrated? Please make a version of this knife with a fine edge.

extreamly good knife razor sharp out of the box

I think it should be full tang, because i would buy it only if it had full tang

No one like this knive, the best tool and tac knive múlti proposal

I have this knife and love it with two exeptions. 1. No fine edgde option and 2. I would love to see it available with the S30V that they use in their 06 Autos. It is an excellent blade material and in my experience Gerber's S30V is some of the best not sure why but it is. The grip is excellent and fits my hand like it was made for it. Overall home run for Gerber.

I bought 4 to give my Best Friends the BEST KNIFE out there, and I've been out there!!! Keep it up.

I CARRY THE GERBER LMF II ASEK-FG504 GREEN 24 HRS. A DAY, SEVEN DAYS A WEEK. MY KINFE HAS NEVER FAILED ME. IT'S SHARP, RUGGED AND DEPENDABLE.I WOULD RATE THIS KNIFE AS ONE OF THE TOP FIVE BEST SURVIVAL KNIFES IN THE WORLD TODAY .

Got issued one of these overseas. Execellent knife. Just wish mine wouldn't have been stolen when it was getting shipped back stateside.

please make a all fine edge version like the new BGUltimate but without the BG. ty

i really wish you didnt have to have credentials my brother is in the army and he has one. says they are one hell of a knife he uses it in afghanistan, im looking to buy one for myself.

I have two one I have put through the sand box over seas the other is still new and in the bow I wont sell either one . I love them both

I love this knife. I've used it (with a chunk of concrete as a hammer) to open surplus Russian ammo tins, to cut branches, to dig in the mud, and to threaten an inquisitive gator. It's survived it all. The blade is really thick and even though I've taken chunks out of the edge it cleans up and sharpens up just fine. Made in Oregon too.

I have both the bear grylls knife and the LMF II and i can tell you they are not the same! quality of the LMF II sheath is better, the knife is thicker, has better durability and a better coating on. although the bear grylls is lighter and has more gadgets don't mistake looks for quality!

It comes highly recommended by a bunch of NCO's and Officers in my unit, from my LT to the CSM. It'll be my next knife purchase, and I'll be back to write a proper review.

GREAT KNIFE. Considerable improvement to our last ASEK from the Ontario Knife Company. I love the fact that it is a quick draw with no snaps or straps. It stays in place when I'm hanging upside down out of the Chinook doing sling loads, which, with the crappy snaps on the last ASEK, I dropped a few times before taking it off my vest. And for 64 bucks?! I'm buying one for personal use. The only downside is on my fligh

Terrifi. Knife, I posed it with the serrations yet I have just picked it up from a local knife shop who re groin the edge to a fine edge and it is possibly the ultimate knife, the guy at the shop is an incredible craftsman, he profiled the blade so that the new edge (where the serrations were) meets with the original edge flawlessly and as a result I've only lost 1mm of width at the handle. Best $10 Ive ever spent

I have the bear grylls knife, same knife just a different butt on it. It is awesome works great and solid construction, for anyone who wants a great knife with a few extra bells and whistles on it I would recommend.

Best knife I've ever owned. I have the coyote brown version, and it's the knife I want at my side in any situation.