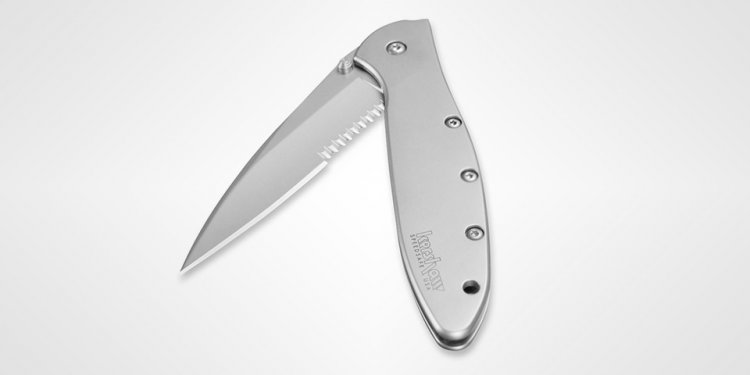 The best folding knife should be sturdy, sharp, and easy to carry. It is important that the knife remain opened until the user, himself, closes it, as accidental closing during use can be dangerous. There are several different brands that feature their own safety system to prevent accidental closing.

What to Look for In a Folding Knife

Any folding knife should have a good grip. “Grip” refers not only to the shape of the knife when it is opened, but to the size and texture, as well. In many applications, the knife will become wet during use. Without a solid grip, the knife will slip in the hands of the user. It may also twist, causing grievous injury. The size of the handle, therefore, is important, as well as the texture. A person with big hands should be careful to look for a knife that is wide enough to wrap his fingers around, providing proper grip surface. Many folding knives are equipped with a textured surface or rubberized insets. This will keep the handle steady in the hands of the user. Some handles have finger grooves for added security. However, some users find that this feature causes the knife, when folded, to “hang up” on their pants pockets when they try to put the knife away.

The spine of any folding knife must be strong enough to withstand extreme use by the owner. Torque can occur in just about every situation, and a spine that snaps will cause dramatic failure of the knife.

The pommel of a folding knife is the butt of the knife that extends behind the hand during knife use. On shorter knives, the pommel may rest in the hand itself. The pommel is important for knife control in that, if the user is pulling the knife out of an object it has been stuck into, it will keep the hand from slipping off of the back of the knife. The pommel should be well attached and of sturdy material, as users often use it to hammer such things as tent pegs.

The guard is just as important, if not more so, than the pommel, in protecting the user’s hand, The shape of the guard will keep the user’s hand from sliding forward onto the blade during use. This is especially crucial in wet conditions, such as when fishing or skinning game, when the knife may be covered in blood.

The blade is equally important, and should be made of a material that will withstand the user’s particular needs. Knifes that will be expose to constantly moist or wet conditions should be rust-resistant, while those used by mechanics and electricians should be corrosion resistant. The angle and type of blade edge is worthy of consideration, too, because this may affect the usability of the blade.

The tang of the blade is the part of the blade that extends into the handle. A threaded tang will grip the material in the pommel more securely, and prevent the pommel from coming loose under heavy use.

With these features in mind, let’s look at three models, and see which one will be the best folding knife.

Cold Steel says that the Recon 1 is over-engineered to make it the toughest knife on the market. The handle of the Recon 1 is made of G-10 laminate scales, providing a strong handle that won’t shatter under use. The handle is textured to reduce the danger of slipping, and the handle is molded with finger grooves for the first two fingers.