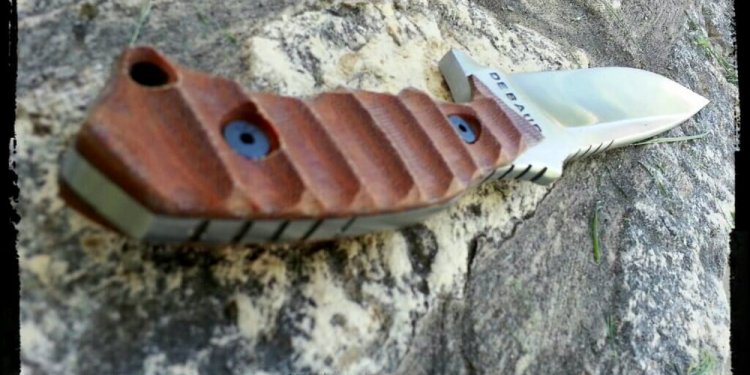 Learn how to design and make a combat knife from two who have been there/done that—Curtis Iovito of Spartan Blades and award-winning custom knifemaker William W. “Bill” Harsey—at the 2nd Annual BLADE University.

Held the day before (June 4) through show Saturday (June 6) of the 2015 BLADE Show June 5-7 at the Cobb Galleria Centre in Atlanta, BLADE University assembles the world’s leading knife professionals to instruct you on most anything that has to do with the subject of cut.

Along with Mark Carey co-owner and co-founder of Spartan Blades, Iovito is a retired U.S. Army Ranger who saw action during Operation Just Cause in Panama and numerous sensitive deployments and missions throughout Asia and the Middle East. It was while in 1st Special Forces Group (Airborne) that Curtis got into making custom knives for his teammates. After finishing up his 20-year career he hooked up with Carey—himself a 21-year man with U.S. Army Special Forces with many deployments in Asia—to start Spartan Blades.

Harsey is well-known throughout the custom and factory knife industries for his custom knives and custom and factory knife designs. He collaborated with BLADE Magazine Cutlery Hall-Of-Fame© member Col. Rex Applegate to design Gerber’s award-winning Applegate-Fairbairn line; with Chief James “Peaches” Watson to design Gerber’s Watson/Harsey Silver Trident, and with Chris Reeve and Matt Larsen to design Gerber’s LHR Combat Knife; and one of Harsey’s most significant efforts—the Yarborough Knife, aka the Green Beret Knife for Chris Reeve Knives—named after Lt. Gen. William P. Yarborough, who is credited as being the “father of modern Special Forces.”

In “Designing and Making a Combat Knife, ” Iovito and Harsey will take you through the process, including:

•The terms “combat” and “tactical” as they relate to knife use;

•Carry options for a combat knife, vehicle and on foot;

•Design features that make up a combat knife;

•Materials that lend themselves to improving a combat knife.

– Profiling and Drilling the Knife