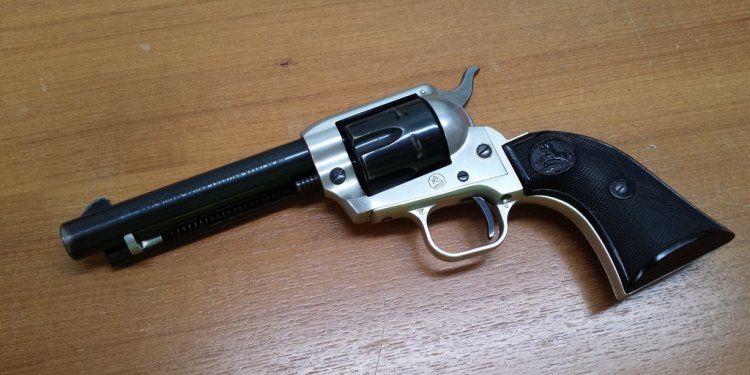 Colt announced that the court approved its reorganization plan Wednesday.

"It is with profound appreciation to all of our key stakeholders that we share that we have completed the restructuring process and are emerging from Chapter 11 with a solid capital structure, significantly less debt, and much greater financial flexibility, " said Dennis Veilleux, President and Chief Executive Officer of Colt Defense.

Colt Defense filed for after 160 years of making guns.

Colt has been a leading name in the gun industry since the 1840s, when the Texas Rangers adopted Sam Colt's revolver for the Wild West wars against the Native Americans. In the late 1890s Colt developed the 1911 semiautomatic .45 caliber pistol, which was adopted by the U.S. military and used through both World Wars, Korea and Vietnam.

Colt, based in West Hartford, Conn., is still a supplier to the U.S. military and law enforcement. The company makes the M4 carbine, an AR-15 assault rifle and the latest evolution of the M-16, which was developed during the Vietnam War. It also makes the M203, a grenade launcher attachment for the AR-15. But the military is no longer a cash cow for Colt as the wars in Iraq and Afghanistan are winding down.

When the company filed for Chapter 11 in Delaware bankruptcy court it listed $384 million in liabilities, or debt. In it's Wednesday announcement the company said it has reduced its debt by approximately $200 million after $50 million of new capital was raised through the restructuring process.

Colt, which built its business on handguns, has failed to capitalize on the current popularity of smaller guns that can be easily concealed. Colt makes compact pistols like the Mustang and Defender, but customer seem to prefer Glock, especially its newly released pistol, the G43.

According to analysts, Colt's products simply haven't kept pace with those of competitors like Smith & Wesson, Sturm, Rugerand Glock, all of which have responded more quickly to the changes in consumer tastes.