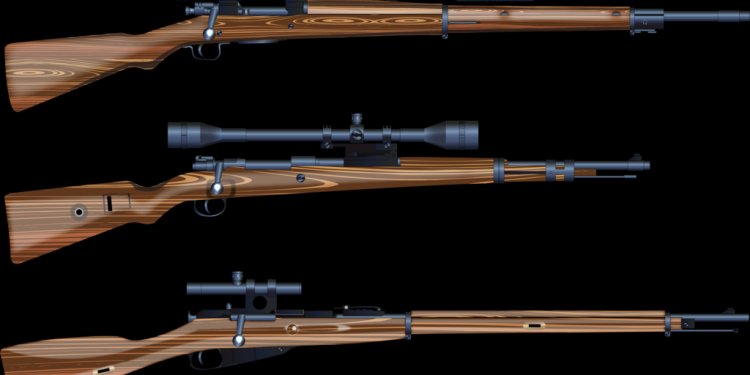 While some wartime German, Soviet, and American World War II sniper rifles received accuracy-enhancing modifications, the majority were actually rather stock, often simply rack-grade rifles selected during their initial test-firing for conversion to sniper rifles. The conversion from infantry rifle to sniper rifle usually consisted of nothing more than mounting an optic.

The British method was rather different. After No. 4 were selected for their accuracy, they were shipped to the world-famous gunsmiths of . There, they were carefully rebedded to improve accuracy. In addition, they were carefully fitted with scope pads, a wooden cheekrest, a third sling swivel in front of the magazine, and a 3.5X scope in a one-piece mount. The end result was perhaps the best sniper rifle of World War II, the Lee Enfield No. 4 Mk.1 (T).

Why was the (T) a great rifle in its day? For a few important reasons. While the Lee Enfield action is often looked down upon for its rear locking lugs, it proved to be a tough and very reliable piece in actual combat. Not only that, but the combination of cock on closing, 60-degree bolt rotation, short bolt throw, and 10-round magazine provided a very high rate of fire. The ability to rapidly engage multiple targets was an advantage. Plus, unlike all of its competition, the (T) had a wooden cheekrest added to provide a proper cheekweld. While seemingly small, this was a very important addition to the design that made the rifle easier to shoot consistently.

Unlike its American counterparts “commercial off the shelf” solutions, the (T) was fitted with an honest to goodness military-grade scope that, unlike its German adversaries, featured proper windage adjustments in the optic. Although the (T)’s mounting system wasn’t as elaborate as some of the German systems, it was much better suited for hard military use.