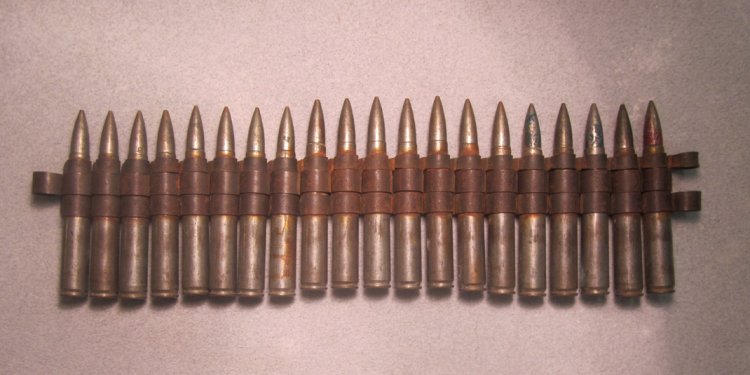 Natick, Mass. — Amid the World War II artifacts stands a Sherman tank, dominating the room. Though battle-scarred – sharp divots of metal punched out on every side – this formidable vehicle appears ready in an instant to throw its armor back into combat.

Absorbed in inspecting the tank on a Saturday is a teenage boy. While some of his peers might be at home playing violent video games, he is instead quietly connecting with the true impact of violence, and what Museum of World War II founder and director Kenneth Rendell calls the “reality” of war.

Mr. Rendell has spent more than a half century building this World War II collection, of which the 7, 500-plus objects on display represent only a tiny portion. Pulitzer Prize-winning historian (and museum trustee) Doris Kearns Goodwin has called the array “[t]he most extensive in the world.”

But you would never sense the drama of the collection, and the events it illustrates, by its location. The museum lives in a nondescript, one-story building in Natick, Mass., about 20 miles west of Boston, near sprawling strip malls.

For Rendell, what’s important is not the setting, but that his collection gets people to reflect on this chapter in history.

Take the museum’s displays of Adolf Hitler artifacts. From his years as German chancellor, there are dramatic portraits of him in heroic poses. And there’s a mannequin wearing Hitler’s own paramilitary “brown shirt.” But from later, there are grim artifacts from Hitler’s last days, which he famously spent in his bunker as the Russian army was swallowing Berlin.

“When you look at the rise of Nazism, you can come up with a half-dozen [reasons for its initial success], ” comments Rendell, who has poured the fruits of his work as an internationally respected historical-document dealer into this world-class collection. “Maybe the pageantry stands out. Maybe the music. Maybe the economics.

“But I’m not going to tell you what to think, ” he says. “I’m going to provide you with the information for you to think.”

While still in his teens, Rendell started his business of collecting and dealing in historical letters, autographs, and documents. Ultimately he had prominent galleries in New York; Beverly Hills, Calif.; and Tokyo – the themes of his offerings ranging from Americana to world leaders, from science to music. He’s written books on collecting and on authenticating documents, and played a key role in uncovering several famous historical forgeries.

Growing up right after the war

But at the time Rendell began his World War II collection, people were not interested in war artifacts. “I felt like I was saving a generation, because this stuff would be thrown away. Nobody was collecting” objects from World War II, he explains. “People wanted to forget [the war] ... to move on.”

He remarks, “Almost everything I have comes firsthand” – often from soldiers who returned from the war with souvenirs. Many other pieces came from people with close connections to the artifacts. For example, two paintings by Hitler were acquired from the widow of Deputy Führer Rudolf Hess.

Rendell finally opened the museum itself in 1999 – and he is still vigorously making acquisitions for its collection.

To not overcrowd the museum’s densely but adroitly arranged 10, 000-foot space, visitors must make an appointment. Once inside, they are treated to a rare museumgoing experience, where many artifacts – such as encrypting machines and children’s war games – can be touched and even picked up.

Visitors can inspect the telegram announcing the attack on Pearl Harbor in Hawaii, as well as Japan’s declaration of war against the United States. They see the original map pinpointing where Allied troops would land in Normandy on D-Day – and letters from Gen. Dwight Eisenhower to his wife lamenting that many soldiers would never return home. They can also examine the operations order to drop the first atomic bomb on Japan in August 1945.

“War is not entertainment, ” Rendell says. “The interactive here is with your own mind – and [with] your imagination, and your empathy, and your relating to [people who lived through and fought in World War II].”

Surrounded by a small group of engrossed visitors on this Saturday, Richard Dinning sits next to the cockpit control panel for a B-17 bomber. Mr. Dinning piloted 34 missions over Germany in B-17s for the legendary Eighth Air Force, and this “talking exhibit, ” as he calls himself, is describing his own dangerous efforts to stop the Nazis.

Later he comments, “Something in this museum is going to grab your emotions.” He says he wants visitors to realize that “World War II was the greatest social tragedy in the history of mankind” and that “massive grief” comes from not recognizing and addressing toxic trends.

Annie Murphy, executive director of the Framingham History Center in Framingham, Mass., admires the museum’s “incredible” collection. “History should make you think about where you are in the [present] moment, ” she says. “You can’t help but compare [the history the museum tells] to today.”

The museum also features an almost overpowering multination collection of propaganda posters. The “Rise of Nazism” room, for example, contains the poster of a young woman, her face sunny with enthusiasm, and behind her is the Nazi factory where she works.

Paired on display is a poster with the grim face of a helmeted soldier. The caption: “Und du?” – “And you?”

When Rendell was growing up in Somerville, Mass., he witnessed anti-Semitism, and was particularly sensitive to this because his father’s best friend was Jewish. This experience has prompted him to gather a large collection of documents and artifacts on the Holocaust and anti-Semitism – many on display at the museum.

Next steps for the museum

Rendell is retiring from his document business to focus on the museum. His biggest task: during the next two years creating a larger museum next door to the current building, which will be torn down.

The new two-story building will be 63, 000 square feet, the first floor housing the museum. With triple the exhibition space, Rendell plans to spread out the collection and display such items as a D-Day landing craft. On the second floor will be archives and the new Shipley Education Center.

High school students from Boston Public Schools are among the groups that visit the museum. Kerry Dunne, K-12 director of history and social studies for the district, says one theme that inspires students is that “all elements of our nation banded together to preserve safety and freedom.” These mostly minority students, for example, see the “contributions of African-Americans, of women, and of native Americans [to the war effort].”

At the end of a visit, Ms. Dunne says, students need to be “extracted” because they are “so thoroughly engaged by [the museum].”