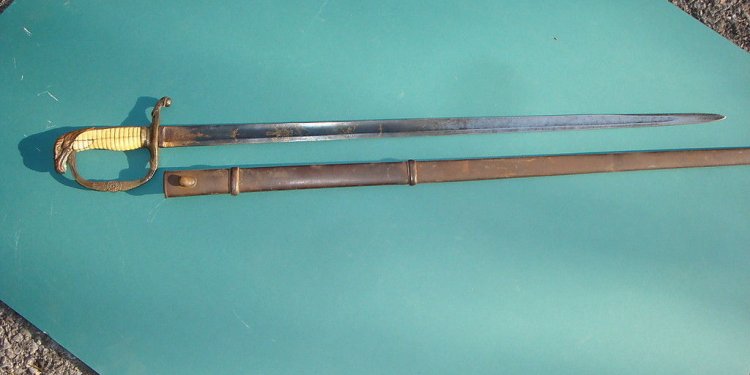 You don't need to swing at a solid target to know if you had good hasuji — the sound a sword can make when it is swung, known in Japanese as tachikaze, or "sword wind, " can serve as a sign. If the hasuji was right, tachikaze will sound like sharp whistling. If the hasuji was wrong, tachikaze will sound like flat whooshing, or there will be no tachikaze. Ideally, you should hear tachikaze from the beginning of a cut, when power is needed to begin slicing through a target.

Why does the way a sword is swung lead to different sounds? To find out, I consulted aeroacoustician Ken Brentner, a professor of aerospace engineering at Pennsylvania State University, who studies the sounds that aircraft make. After all, swords might resemble airplane wings in this matter.

When it comes to blades such as propellers, rotors or swords, Brentner explains there are two main kinds of noise they generate — "thickness noise" and "loading noise."

Thickness noise occurs when air must essentially get out of the way of an oncoming blade and then reoccupy its original space once that blade has moved on. Thickness noise can get very large as a blade approaches the speed of sound.

Loading noise is generated when a blade acts directly on the surrounding air, generating forces that causes the air to speed up, slow down or change direction. Loading noise can originate from steady aerodynamic effects such as lift on a wing, or unsteady aerodynamic effects such as turbulence. Noise from unsteady loading is the dominant source of sounds from blades moving at relatively low speeds, "and is what I believe is the primary source of noise from swords, " Brentner says.

The secret of whistling tachikaze heard when hasuji is good might have to do with what are called Aeolian tones, Brentner says. These are named after Aeolus, the Greek ruler of the winds.

To explain, when air passes a cylinder, vortexes of air are shed from the top and the bottom of the cylinder in an alternating sequence with a very regular frequency. This pattern is known rather grandly as a von Karman vortex street.

"I believe this is what is happening when you hear the whistling sound when the blade is moving straight, " Brentner says. "What you hear is a tone, like what you might hear when wind is blowing over telephone wires. The reason it is a tone is because the unsteady loading noise is very regular — only at a few certain frequencies." Since the back part of a katana is not tapered, "it would have a very similar vortex street, like a cylinder's."

However, when hasuji is bad, "I believe the flow over the blade is separating in a much more chaotic way — if it were an airfoil, we would say it is stalled, " Brentner says. "Thus it has a larger region of turbulent flow, which consists of a wide range of random-sized vortices or turbulent eddies." Such turbulence "would generate a more whooshing sound, much like the sound you get from a cooling duct when the flow is coming out fast enough to hear it."

The thickness of a sword and the geometry of its edge are also key factors regarding how easily a sword will generate tachikaze when swung. Intriguingly, the biggest factor behind tachikaze is whether or not a sword has a groove along its backside known as a bo-hi — swords with this groove are louder than swords without it. The blunt swords known as iaito that beginning students practice with typically have bo-hi, so the students can hear when they are getting hasuji right or wrong.

Why does a bo-hi cause louder tachikaze? Brentner says this groove would shed vortices as air flowed over it. "This would potentially be as big a noise source as the vortex shedding from a blunt trailing edge, and the two might even couple to produce stronger unsteady loading and hence more sound, " he explains.

I hope you found the vortices that swords can generate interesting! More posts on the science of swords will be coming soon.

The views expressed are those of the author(s) and are not necessarily those of Scientific American.

Charles Q. Choi is a frequent contributor to Scientific American. His work has also appeared in The New York Times, Science, Nature, Wired, and LiveScience, among others. In his spare time, he has traveled to all seven continents.