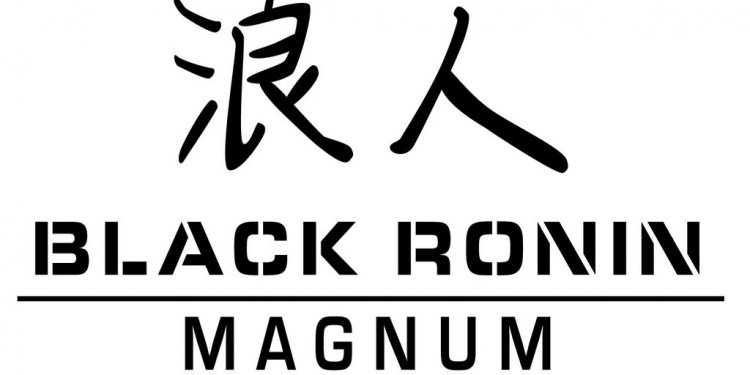 In 1961 Michael Moorcock requested a term to describe the fantasy subgenre featuring muscular Heroes in violent conflict with a variety of Villains, chiefly Wizards, Witches, evil Spirits and other creatures whose powers are – unlike the hero's – supernatural in origin. Fritz Leiber suggested "Sword and Sorcery", and this term stuck. It is commonly considered synonymous with Heroic Fantasy; both are aspects of Adventurer Fantasy, a term covering not only tales of the sort Moorcock specified but also stories whose protagonists need not be heroes. If adventurer fantasies are about men and women of all degrees (except the highest) attempting to survive, and make their livings, in both Lands of Fable and Fantasyland settings, then S&S might designate tales of heroes whose adventures occur in Lands of Fable (like Conan's Hyperborea), while heroic fantasy might designate tales of heroes adventuring through Secondary Worlds, like the Nehwon of Leiber's Fafhrd and the Gray Mouser books. Such a distinction is over-finicky for practical use: this encyclopedia generally employs the time-honoured term S&S for adventurer fantasies fitting Moorcock's original specification. Some critics use the term dismissively or pejoratively; this book regards it as merely descriptive.

The true father of S&S may be an author no longer widely known for his stories of supernatural adventures: Alexandre Dumas. As the most influential creator of swashbuckling historical adventure tales, Dumas provided a model not only for writers like Rafael Sabatini (1875-1950), who followed in his footsteps with works like Scaramouche (1921) – wherein swordsmanship (> Swords) was specifically valued – but also for Pulp writers in every genre, including fantasy and Weird Fiction. Robert E Howard, who was deeply versed in the ways and opportunities of pulp, was inevitably influenced by Dumas or Dumas's successors.

It is possible, therefore, to see Howard's Conan as a figure combining characteristics of two characters – D'Artagnan and Porthos – from Dumas's most famous single swashbuckler, The Three Musketeers (1844; trans 1846 UK) with Auguste Maquet (anon). D'Artagnan is impulsive, intelligent, a superb athlete, successful with women, romantic, and totally involved in an exciting world – 17th-century France – which he has no wish to alter in any significant fashion; Porthos is vast, chthonic, almost supernatural in his physical strength and attributes, a trencherman, loyal to his friends, indifferent to the social order. Together, they make a very passable S&S hero. Dumas ages his heroes in sequels, and eventually sees them to their various deaths; but the Three Musketeers (plus One) remain, in the vision of our dreams, eternally young. Similarly, the hero (and from an early stage the heroine) of S&S does not age in the mind's eye; he or she fights on, for ever, in the dawn of a day we do not wish to end.

The venues of S&S are superficially various, but tend to default to a template geography which – whether a Land of Fable, a Fantasyland, Atlantis, a Dying Earth, some Planetary-Romance venue, etc. – boasts a range of usable features: swamps, mountains, rivers, Inns, villages, Mines, Edifices, walled Cities. There will also be an emphasis on Borderlands and Water Margins: the typical S&S geography is almost necessarily designed to open gateways or Portals into what might negatively be called more of the same but what in competent hands may be understood as a constantly unrolling tapestry of Landscape. The geography of S&S is designed as an arena for heroes and heroines who awake each morning at the beginning of their lives; it is designed for more to happen.

Though written in a dense, highly literary, archaizing style that had little influence on the form, E R Eddison's The Worm Ouroboros (1922) can stand as a model for this close interrelationship between the nature of the S&S hero and the design of the land through which s/he adventures. The book is shaped, as its title indicates, to return upon itself: once the heroes win the battle, the Cycle of threat and Agon begins anew, to the manifest relief of everyone involved. There is no ageing in the book; it provides the clearest possible articulation of that underlying Template structure of S&S which distinguishes it from the fantasy of writers like J R R Tolkien. Another S&S precursor with the timeless quality of Myth is The Fortress Unvanquishable, Save for Sacnoth (1910 chap) by Lord Dunsany.

But consensus S&S, being a genre perceived as born from Pulp, begins with authors like Edgar Rice Burroughs – no matter that his Barsoom planetary-romance sequence, launched in 1912, is technically sf – and Robert E Howard, who flourished in the 1920s and 1930s. S&S rapidly matured through the work of 1930s writers like Clark Ashton Smith, whose Zothique tales, beginning with "The Empire of the Necromancers" (1932), launched the Dying Earth as a venue; C L Moore, whose Jirel of Joiry stories introduced the first significant S&S heroine (> Gender), Henry Kuttner, whose Elak of Atlantis (1938-1941 WT; 1985) brought in Atlantis as an S&S venue, and Fritz Leiber, whose Fafhrd and the Gray Mouser sequence features the best-loved S&S Duo of complementary characters, one arguably D'Artagnan-like and the other Porthos-like. Also important to the later spread and genre identity of S&S were the Eric John Stark stories by Leigh Brackett, beginning in 1949.

Four anthologies – Swords and Sorcery (anth 1963), The Spell of Seven (anth 1965), The Fantastic Swordsmen (anth 1967) and Warlocks and Warriors (anth 1970) – were assembled by L Sprague de Camp from the extensive pulp literature of the 1930s and 1940s, and were crucial to the return to prominence of the subgenre from the 1960s onwards. Others imitated de Camp's example (> Anthologies), including Lin Carter with Flashing Swords! (anth 1973) and its four successors, which promoted S&S through the 1970s to 1981.

In the 1960s Moorcock started publishing his Elric stories, and found the generation of such template heroic-fantasy sequences – many of real merit – a useful way of financing New Worlds magazine while he was its editor. These stories were seen by him as an explicit homage to those parts of the earlier pulp tradition that he valued, notably the works of Leiber . . . who was encouraged during Cele Goldsmith's 1958-1965 editorship of Fantastic to produce more Fafhrd and Gray Mouser stories.