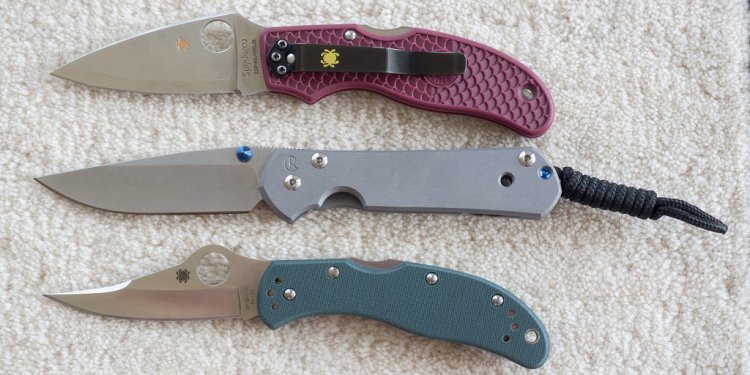 Released in 1981, Spyderco’s C01 Worker™ was the first folding knife in history to offer our Trademark Round Hole™ for ambidextrous one-handed opening and a pocket clip for convenient carry and ready access. Initially available only with a PlainEdge™ cutting edge and a short sharpened false edge, it later became the vehicle to introduce our fully serrated SpyderEdge™. Together, these three features revolutionized the concept of the modern folding knife and set a new world standard of pocketknife performance.

This limited-edition Sprint Run™ of the Worker pays homage to its pivotal role in cutlery history while revitalizing the original design with a number of modern improvements. Its blade is hollow ground from VG-10 stainless steel and features an unsharpened swedge instead of a false edge.

Unlike the original stainless-steel-handled Worker, this version features skeletonized full stainless steel liners and dark green textured G-10 scales. While original Workers were configured for right-side, tip-down carry (dedicated left-hand models were also offered later), this expression of the Worker has a sleek hourglass clip that can be configured for tip-up or tip-down carry on both sides of the handle. Together with the knife’s convenient forward-positioned back lock mechanism and the blade’s Round Hole, the four-position clip makes the operation of this state-of-the-art Spyderco Worker completely ambidextrous.