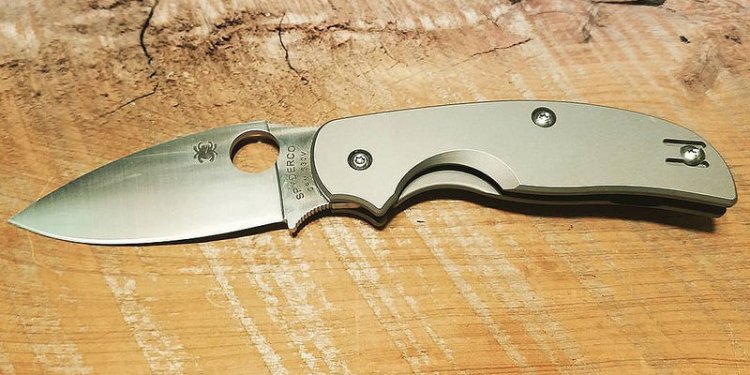 Earlier in the week Spyderco revealed that the long awaited Para Military 3 would be available next month. And if that wasn’t already enough Spyderco excitement for the week, the company announced their entire new for 2017 product lineup today.

The 2017 lineup represents a major overhaul of Spyderco’s 2016 catalog. New models, new variations, new steels, Sprint Runs as far as the eye can see – the company is giving Spyderco enthusiasts a little bit of everything.

Wharny Delica
The events that gave rise to the Wharncliffe Delica are a testament to Spyderco’s close relationship with its fans. The knife’s origins trace back to a thread on the Spyderco forums. A Canadian member introduced a concept for his dream work knife. His vision was a Delica with a modified blade. To the amazement of forum regs, Spyderco Founder Sal Glesser answered the call. Within two weeks of his post, the man was testing out a one-of-a-kind Delica prototype with a Wharncliffe blade. The interaction and the knife generated a wave of excitement – so much so that 2017’s Spyderco catalog includes the new edition.

The next iteration of the popular Police model has been an ongoing discussion in the Spyderco community. The anticipated changes are all accounted for: a thinner G-10 handle construction, revised blade shape, and refined ergonomics. Sal Glesser has been teasing the implementation of an unusual blade steel on the Police 4, and at long last the mystery material is revealed to be Bohler K390. Delays procuring the steel have pushed the Police 4’s availability back into the spring of 2017.

Value Folders
Spyderco’s extension of the Value Folder line introduces two newcomers outside of the Tenacious family of knives. The Efficient is a 3” bladed folder with a curvy handle reminiscent of the Ouroboros. The slightly larger PoleStar is a never-before-seen Sal Glesser design, with textured gray G-10 handle scales, American CTS-BD1 steel, and a liner lock.

Specialty Knives
Spyderco’s famous Constant Quality Improvement (CQI) process has clearly been in overdrive within the Specialty Knives class. The Chinook 4, the latest iteration of James Keating’s bowie-style design, gets beefier with the Power Lock, a super tough mechanism that debuted on the Tatanka. The Lil’ Temperance 3 will join the upcoming Rhino as a small-sized knife with the Compression Lock. The D’Allara 3 rescue knife is back as well, with refined lines and new G-10 construction.

But the new additions aren’t all sequels to previous knives. Ulrich Hennicke, designer of the Ulize, adds to his contributions with the Opus, another slender, exotic-looking knife. A newcomer called the Q-Ball looks like a combination of the Wharny Delica and the classic Eric Glesser-designed Dodo.

Flash Batch: Lil’ Nilakka
The 2017 Product Guide also introduces a new type of limited run project called the Flash Batch. Whereas Sprint Runs are variations of existing models, Flash Batches will feature totally new models. Spyderco is kicking off this concept with the Lil’ Nilakka, a smaller version of the recently-discontinued Nilakka folder. It will host polished white G-10 scales and a RWL 34 blade.

Spyderco is first out of the gates to reveal their new for 2017 products – but there is more on the way. Keep it tuned to KnifeNews for our ongoing coverage of everything the industry has in store for 2017.