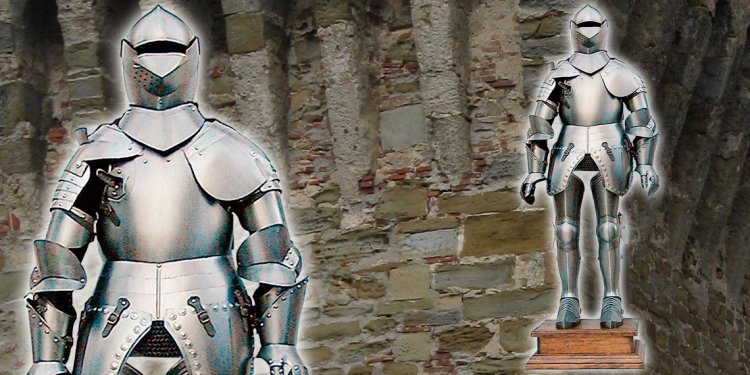 Ever since people started to fight with each other, more and more effective kinds of body protection have been used. At the beginning, a shield appeared most probably. Next, various types of protective helmet were introduced and finally armors covering the torso were invented. Their shapes differed because of few reasons. Firstly, it should have been taken into consideration what kind of weapon an armor would oppose. Secondly, the kind of available resources was also significant, as well as the development of technology, characteristic for a particular period and territory. The third circumstance may sound trivial, but it had as much influence as the previous ones – namely just personal taste and fashion.

Shields were also widely modified. Typically, they were made of a hardened leather patch or a wooden board. Additional enhancements were applied in the form of a metal fitting or a leather veneer.

Surprisingly effective was the plait of silk threads and wicker. Over the centuries and continents, the shape and used materials were changed, but the purpose remained similar.

In case of an armor, it was different. Over thousands of years two most significant aspects of it were approached differently – namely lightness, resulting in the adequate freedom of movement, and the highest level of protection. In every model, one of these issues was emphasized more. In the 16th century, the armorers were close to the ideal combination, but soon guns became popular, what made the freedom of movement much more important. However, before it happened, armors were highly modified throughout centuries.