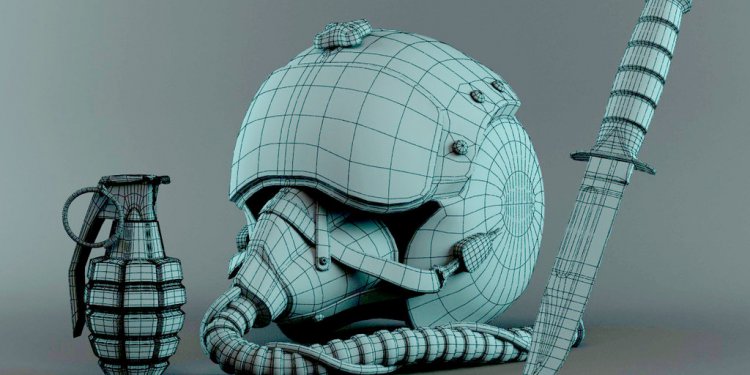 President Obama talked about the recent decision to ban federal transfers of certain types of military-style gear to local police departments during an address to youth and law enforcement in New Jersey on Monday. (WhiteHouse.gov)

CAMDEN, N.J. - The Obama administration announced Monday it will ban federal transfers of certain types of military-style gear to local police departments, as the president seeks to respond to a spate of incidents that has frayed trust in communities across the country.

The banned items are tracked armored vehicles, bayonets, grenade launchers, ammunition of .50-caliber or higher and some types of camouflage uniforms, according to a report released by a White House working group that made the recommendations. Other equipment, including tactical vehicles, explosives and riot equipment, will be transferred only if local police provide additional certification and assurances that the gear will be used responsibly, according to the report.

"We’ve seen how militarized gear sometimes gives people a feeling like they are an occupying force as opposed to a part of the community there to protect them, " Obama said during remarks in Camden, N.J. "Some equipment made for the battlefield is not appropriate for local police departments."

The nation's largest police union denounced the president's move, saying he has overstated the problem.

“The issue of militarization has been really kind of exaggerated almost to the point that I don’t recognize it at times, ” said James Pasco, executive director of the national Fraternal Order of Police. “The vast majority of the equipment that civilian law enforcement gets from the military is administrative stuff or defensive in nature.”

The ban on items will take effect immediately, White House officials said, while the restrictions on other gear will be phased in so that local law enforcement agencies can be briefed about the new requirements.

"The idea is to make sure we strike the right balance of providing equipment that is appropriate and important, while at the same time put standards in place that give a clear reason for the transfer of that equipment, with clear training and safety provisions in place, " Cecilia Muñoz, the White House director of domestic policy, told reporters in a conference call on Sunday.

The announcement came as Obama traveled here to highlight his administration's strategy to help reform local police departments, including efforts to increase the numbers of officers on patrol and the use of body cameras. The White House has said the administration will spend about $75 million over the next three years to buy about 50, 000 body cameras that will be worn by police.

The administration has been seeking to respond to a series of incidents, including the shooting by police of teenager Michael Brown in Ferguson, Mo., last summer, that have sparked protests among citizens.

As he has over the past months, Obama sought to tread a careful line between calling on police officers and members of the community to do more to improve the relationship between them. The president emphasized that pervasive hopelessness in the inner city is driven in large part by a lack of educational and economic opportunities.

He also praised the police, saying "the overwhelming number of police officers are good, fair, honest and care deeply about their community, putting their lives on the line every day." He said the police cannot be expected to provide the answers to some of the intractable social issues that have roots in divisive issues of race and class.

The appearance of heavily armored vehicles and police clad in military-grade body armor to quell the unrest in Ferguson led to widespread concerns that the federal program providing that gear, begun with the best intentions, had run amok.

One of the ways police departments have armed themselves in recent years is through the Defense Department's excess property program, known as the 1033 Program. That program has transferred more than $4.3 billion in equipment since its inception in 1997. In 2013 alone it gave nearly half a billion dollars worth of military equipment to local law enforcement agencies, according to the program's Web site.

Some police chiefs have stressed that much of the equipment that has been being made available by the federal program is radio and dispatch equipment that provides cash-strapped departments with valuable updates. Others, thought, have decried the influx of military equipment into local departments that has come in recent years where budgets for officers on the ground have been cut.