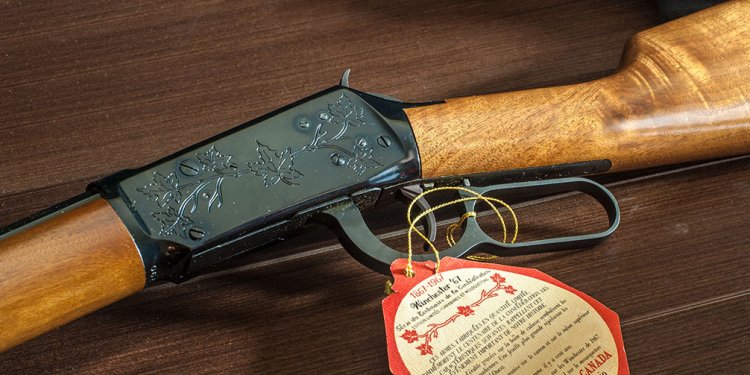 The Winchester Repeating Arms Company Historic District is historically significant as New Haven’s most intact example of major industrial development and expansion that led to the concurrent development of large working-class residential neighborhoods in the late 19th and early 20th centuries. The district is architecturally significant for two reasons: First, its core embraces a sizable group of well-preserved industrial buildings associated with the former Winchester Repeating Arms Company, one of the nation’s foremost late 19th- and early 20th- century armament manufacturers. Second, the district’s predominantly residential perimeter areas include numerous good examples of relatively modest single- and multi-family worker housing and scattered commercial, religious and municipal buildings built during the late 19th and early 20th centuries. As a group, these buildings represent a variety of important and popular vernacular architectural styles of the era.

The Winchester Repeating Arms Company Historic District is roughly bounded by Sherman Parkway, and Ivy, Mansfield, Admiral, and Sachem Streets. The district was listed on the National Register of Historic Places on January 28, 1988.

By the end of the first quarter of the 19th century, the district formed part of a large and thinly-settled farming area, punctuated with scattered trees and houses. Despite the construction of the ill-fated Farmington Canal through the area in the late 1820s, this rural character persisted throughout most of the district until the Civil War. By the 1850s, a small portion of the district had begun to experience the first stirrings of significant development. At this time, the conversion of the Farmington Canal into a railroad right-of-way was completed, and George Newhall was manufacturing carriages in a small factory adjacent to the new track bed near the junction of Division and Newhall Streets. Unfortunately, none of the structures which comprised Newhall’s Carriage Emporium, nor any of the factory buildings associated with the other small industrial enterprises in this portion of the district, remain today. The only tangible references to the former presence of these early district manufacturing enterprises are roughly one dozen, modest Greek Revival and Italianate-style workers houses scattered near these former factory sites, and a boarding house built in 1860 to house George Newhall’s unmarried male employees.

The perimeter areas of the district assumed their present characteristics as large and densely populated working-class residential neighborhoods in the years between the end of the Civil War and the end of World War I. The establishment and expansion of manufacturing fostered the growth of residential developments in areas adjacent to the railroad right-of-way. These manufacturing firms included several small- and medium-sized enterprises, such as the Kirchoff Wagon and Pflegar Hardware Specialty companies. However, the single most significant stimulus in the emergence of these neighborhoods was the establishment and steady expansion of New Haven’s Winchester Repeating Arms Company.

Incorporated in 1866, the Winchester Repeating Arms Company’s original plant was located on Union Street in New Haven’s Wooster Square neighborhood. In 1870, the company erected its first buildings (no longer extant) in the heart of the district on what proved to be the firm’s permanent site.

Winchester prospered rapidly following its establishment in the district. As demand for the firm’s products and the size of its complex swelled, the size of Winchester’s labor force also grew. By 1887, the company had a plant encompassing several blocks in the heart of the area, and more than 600 workers on its payroll. By the early 20th century, the firm ranked among the nation’s largest and most successful armoires, boasting a plant covering more than six city blocks, and a still-growing workforce well in excess of 1, 000.

The steady expansion of Winchester’s labor force created a substantial, ongoing demand for nearby housing for the company’s employees, who walked to their place of employment. The bulk of the housing demand was met by local real estate investors, who acquired large and small tracts of the former farmland adjacent to or near the Winchester complex for development as residential subdivisions. While some of these investors simply sold lots, or built and sold houses on a speculative basis, many embarked upon the more ambitious practice of erecting individual or rows of two or more, one-, two-, and three-family tenements for the purpose of producing rental income on a long–term basis. Two speculators who profited greatly from a combination of all three practices were Joseph Sheldon and John W. Bishop. These men were the moving force behind the 19th century development of virtually all of the properties which currently line Admiral Street and most of Henry Street, as well as the construction of most of the houses along the southwestern side of Munson Street directly opposite the Winchester complex.

The heart of the district remains dominated by a large group of relatively well-preserved industrial buildings built between the 1880s and the mid 1930s. These buildings include the former McKesson and Robbins Company building at 182 Winchester Avenue, one of New Haven’s better surviving examples of Depression-era, concrete-pier factory construction. Most of the district’s core, however, remains dominated by the numerous, relatively intact structures that comprised a large portion of the manufacturing complex of the former Winchester Repeating Arms Company.